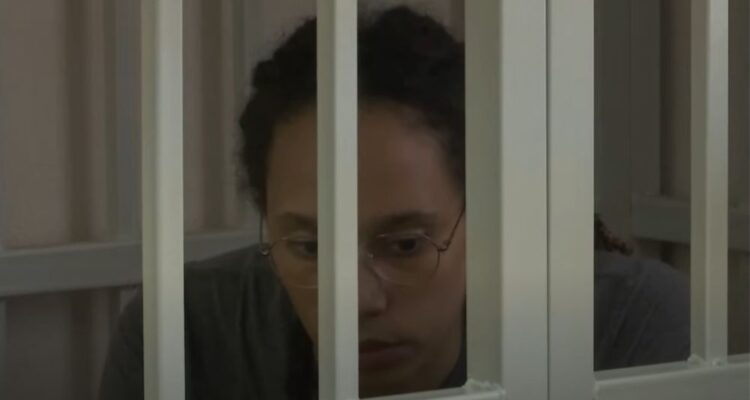 The attorney for former WNBA player and now a convicted drug smuggler and trafficker Brittney Griner claims that Griner doesn’t believe that Joe Biden and his administration will be able to secure her release after she was sentenced to 9 years in prison in Russia.

Griner’s attorney, Alexandr D. Boykov, who claims he recently spoke with Griner last week told the New York Times, “She is not yet absolutely convinced that America will be able to take her home.”

He went on to say, “She is very worried about what the price of that will be, and she is afraid that she will have to serve the whole sentence here in Russia.”

Not only did Boykov relay that Griner fears she will have to serve her entire nine year prison sentence in Russia, but he also detailed her current conditions saying, “She has not been in as good condition as I could sometimes find her in.”

She is currently being held in a jail outside Russia where she is allowed one hour to walk around in a small courtyard. When not walking around the courtyard she shares a cell with two other inmates. They have provided her a size appropriate bed given she is 6’9.

As for the jail itself, Boykov relayed, “It’s an old building, and made of stone.” He added, “When it is hot outside, it’s too hot, and when it’s cold outside, it is too cold.”

Boykov did reveal her biggest problem is her inability to communicate with her family, “She suffers a lot without her family because she hasn’t seen them for so long and it’s very difficult to talk to them in any way.”

In fact, he stated that Griner has not spoken with her parents or siblings since she was detained at a Moscow airport in February.

RELATED: Brittney Griner’s Legal Spouse Says If Griner Loses Appeal She “Could Be Moved To A Labor Camp”

Boykov’s comments about Griner’s belief that she will have to serve her time come after her legal spouse, Cherelle, told CBS Mornings that Griner was not okay and believed she might be transferred to a labor camp if her appeal on October 25th is not successful.

“The reality of the situation is that once that hearing is held and the order is finalized, BG is now in the position where she could be moved to a labor camp. And my brain can’t even fathom it,” Cherelle said.

“And there was nothing that I could do, you know,” Cherelle elaborated. “So I’m sitting there and I’m just like — it was like 30 seconds to 2 minutes of range, of her just sitting on phone just literally in tears, just crying. And it’s just the most still, I think, moment I’ve just ever shared with my wife. I didn’t have words. Because at that point I’m like I don’t know if she has anything left in the tank to continue to wake up everyday and be in a place where she has no one.”

President Joe Biden claims Griner is being wrongfully detained. After her nine year prison sentence was announced Biden issued the following statement, “Today, American citizen Brittney Griner received a prison sentence that is one more reminder of what the world already knew: Russia is wrongfully detaining Brittney. It’s unacceptable, and I call on Russia to release her immediately so she can be with her wife, loved ones, friends, and teammates.”

Biden’s Secretary of State Anthony Blinken also detailed he and the administration had put together a package attempting to obtain Griner’s release back in July.

Nothing has come of that proposal, which reportedly included a prisoner swap involving convicted arms dealer Viktor Bout.

According to Reuters, Biden’s Press Secretary Karine Jean-Pierre indicated the Biden administration is looking for a counter offer. During a press conference earlier this month she said, “We want Russia to take the offer that we have put on the table, a substantial offer as you’ve heard us say many times, seriously. Or they could make a serious counter-offer, but they need to make a serious counter-offer.”

What do you make of Boykov’s comments that Griner believes she will have to serve her entire sentence and the Biden administration will not secure her release?

NEXT: Enes Kanter Freedom: The United States Should Not Trade ‘The Merchant Of Death’ For Brittney Griner