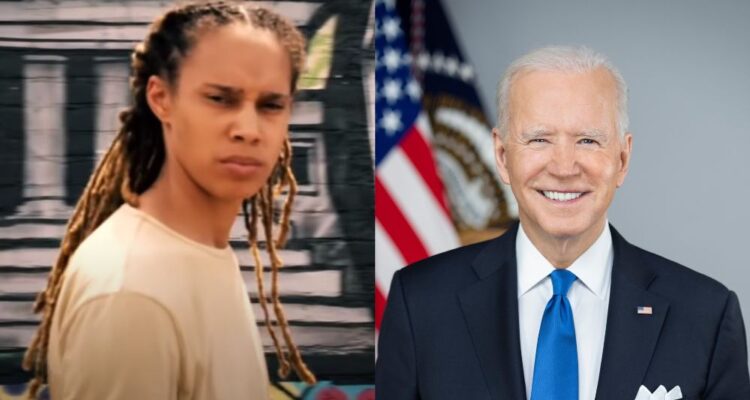 Yuri Ushakov, a former Russian ambassador to the United States, claims that President Joe Biden and his administration are attempting to use Brittney Griner’s arrest and imprisonment as part of a ploy to win the upcoming midterm elections in the United States.

Ushakov, who was the ambassador to the United States from 1998 until 2008 and currently is one of Putin’s foreign affairs advisors, made his comments during an interview that was broadcast on Russia’s Rossiya-1 channel. The New York Post translated part of the interview.

The ambassador stated, “In this tense situation, the way I see it, [Biden] thinks first and foremost about the upcoming midterm elections, which is why he keeps bringing up the need to return the basketball player who was arrested for delivering drugs.”

He added, “But this is not the most important issue that concerns us.”

Ushakov’s comments come after Griner reportedly expressed the belief that she will serve her entire nine and a half year sentence in Russia to her lawyer.

Her attorney, Alexandr D. Boykov, told The New York Times earlier this month, “She is not yet absolutely convinced that America will be able to take her home.”

“She is very worried about what the price of that will be, and she is afraid that she will have to serve the whole sentence here in Russia,” he added.

Griner’s legal spouse, Cherelle, also recently spoke with CBS Mornings and believes there is a large chance that her appeal on October 25th will be unsuccessful and she will be moved to a labor camp to serve her sentence.

Cherelle said, “The reality of the situation is that once that hearing is held and the order is finalized, BG is now in the position where she could be moved to a labor camp. And my brain can’t even fathom it.”

RELATED: Brittney Griner’s Legal Spouse Says If Griner Loses Appeal She “Could Be Moved To A Labor Camp”

Griner was sentenced to nine and a half years and fined one million rubles or $16,200 on drug possession and trafficking charges. She was arrested at a Moscow airport in February and was discovered to have a number of vape cartridges containing cannabis oil.

She plead guilty to the charges in July telling a Russian court, “I’d like to plead guilty, your honor. But there was no intent. I didn’t want to break the law.”

In August before her sentencing she also told the court, “I want to apologize to my teammates, my club, my fans and the city of (Yekaterinburg) for my mistake that I made and the embarrassment that I brought on them.”

President Joe Biden and his administration have asserted that Griner is being wrongfully detained. After Griner was sentenced Biden issued a statement declaring, “Today, American citizen Brittney Griner received a prison sentence that is one more reminder of what the world already knew: Russia is wrongfully detaining Brittney. It’s unacceptable, and I call on Russia to release her immediately so she can be with her wife, loved ones, friends, and teammates.”

Secretary of State Anthony Blinken also announced at the end of July that the Biden administration offered a proposal to Russia in order to secure the release of Paul Whelan and Brittney Griner.

He said at the time, “In the coming days, I expect to speak with Russian Foreign Minister Lavrov for the first time since the war began. I plan to raise an issue that’s a top priority for us: the release of Americans Paul Whelan and Brittney Griner, who have been wrongfully detained and must be allowed to come home.”

“We put a substantial proposal on the table weeks ago to facilitate their release,” he said. “Our governments have communicated repeatedly and directly on that proposal. And I’ll use the conversation to follow up personally and, I hope, move us toward a resolution.

While Russian Foreign Minister Sergei Lavrov indicated he was willing to discuss a prisoner swap saying, “We are ready to discuss this topic, but within the framework of the channel that was agreed upon by Presidents Putin and Biden,” nothing has materialized.

What do you make of Ushakov’s claim? Do you think Biden and his admin are trying to play electoral politics with Brittney Griner?

NEXT: Brittney Griner’s College Basketball Coach Kim Mulkey Accused Of Being A Bigot For Not Commenting On Griner’s Prison Sentence