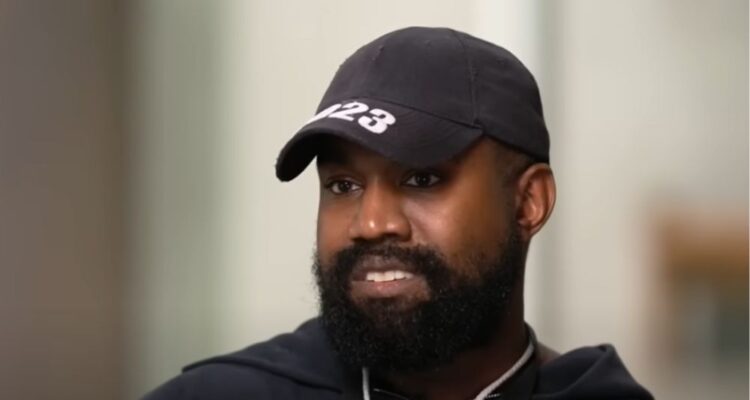 Carter, who is the CEO of SpringHill Company, the video production company created by him and LeBron James that produces The Shop, issued a statement to Andscape announcing the cancellation.

The statement begins, “Yesterday we taped an episode of The Shop with Kanye West.  Kanye was booked weeks ago and, after talking to Kanye directly the day before we taped, I believed he was capable of a respectful discussion and he was ready to address all his recent comments.  Unfortunately, he used The Shop to reiterate more hate speech and extremely dangerous stereotypes.”

“We have made the decision not to air this episode or any of Kanye’s remarks.  While The Shop embraces thoughtful discourse and differing opinions, we have zero tolerance for hate speech of any kind and will never allow our channels to be used to promote hate,” the statement declared.

“I take full responsibility for believing Kanye wanted a different conversation and apologize to our guests and crew.  Hate speech should never have an audience,” Carter concluded.

Andscape claims the “hate speech and extremely dangerous stereotypes” was West doubling down “on his recent anti-Semitic remarks.”

As for what the “anti-Semitic remarks” are, Andscape refers to a tweet deleted by Twitter that Kanye wrote.

It reads, “I’m a bit sleepy tonight but when I wake up I’m going death con 3 On JEWISH PEOPLE The funny thing is I actually can’t be Anti Semitic because black people are actually Jew also  You guys have toyed with me and tried to black ball anyone whoever opposes your agenda.”

The episode was supposed to also feature shoe designer Salehe Bembury and Jay Wayne Jenkins also known as Jeezy. James was reportedly not part of the episode.

West also made headlines recently when he wore a White Lives Matter shirt alongside political activist and pundit Candace Owens at a fashion show in Paris.

He also did a sit down interview with Fox News host Tucker Carlson discussing a bevy of issues including the White Lives Matter apparel, his spirituality, abortion, his relationship with his ex-wife Kim Kardashian, the alleged indoctrination of his children, and more.

On abortion he first told Tucker he was wearing a lanyard containing a photograph of a unborn child’s ultrasound. He went on to say that the lanyard “represents life” because he’s pro-life.

At one point in the interview he specifically addressed the media saying, “We are in a battle with the media. The majority of the media has a godless agenda. And their jokes are not working. This whole like, ‘Oh Ye, he’s crazy’ and all these things.”

He continued, “They don’t work because the media has — they’ve also watched travesties happened just even specifically to me and just watched it and acted like it wasn’t happening. And they stay quiet about it.”

What do you make of James’ production company cancelling an upcoming episode of The Shop featuring Kanye West?