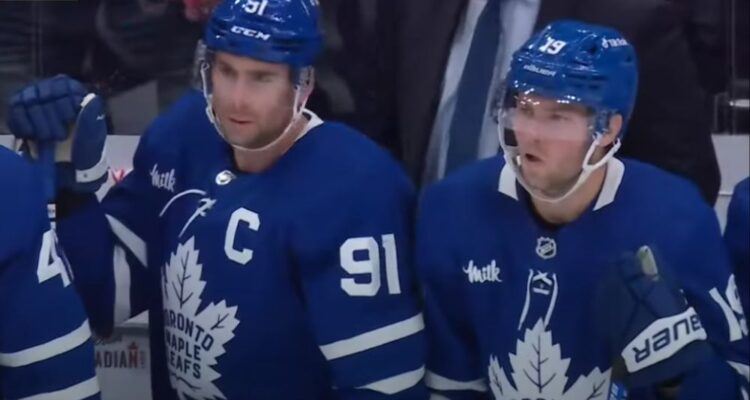 NHL Embraces Anti-White Racism, Says They Have Too Many White Employees, Aims To Change That

The National Hockey League (NHL) released a workforce demographic study as part of a report on “Accelerating Diversity & Inclusion” that claims the organization’s teams are too white and the league plans to make changes to reduce the percentage of white people that work for them.

Introducing the report, NHL Commissioner Gary Bettman made clear the organization’s goals saying, “Our belief is stronger than ever that hockey has a powerful platform to build character, teach life skills, and support our society and our communities.”

“We’re focused on ensuring the game and its related environments are safe, respectful, and inclusive. And we’re intentionally seeking a greater diversity of experiences throughout hockey, whether you are in it to play, work, or watch. Diverse representation within inclusive environments is proven to advance innovation, creativity, and decision-making – all of which are critically important to the growth of the sport and our business,” he added.

Bettman  continued, “Recognizing these facts, we are working to better understand and accelerate our engagement across all layers of diversity – including nationality, race, gender identity, sexual orientation, disability, and religion – and their nuances and intersections. At the same time, when there are incidents that violate inclusivity in hockey or barriers that negatively impact the participation of underrepresented groups, we are committed to reckoning with those difficult moments as opportunities to demonstrate our values and create a better future.”

He went on to reveal, “During the re-ignited movements for social justice over the past few years, particularly following the murder of George Floyd, our initial response was to listen and learn. This response ultimately led to new ways of thinking and new internal competencies that, in many cases, built upon work that had been growing across the hockey community. Since January 2020, the League Office and all 32 NHL Clubs have united to strengthen diversity and inclusion (D&I) with new urgency, pursuing a variety of initiatives to make this great game more welcoming,
inclusive, accessible, and socially conscious. To accelerate our progress, we created a ‘7 Dimensions’ framework to promote D&I at every level of the sport — spanning leadership, education, employment, marketing, partnerships, participation, and community engagement.”

“Each day, we are committed to ensuring inclusion becomes more of ‘who we are’ than ‘what we do’ – and we know this requires scale, frequency, and authenticity in our efforts. The following report benchmarks the NHL’s approach to D&I work over the past two years. With qualitative and quantitative data, we aim to underscore our priorities and emphasize the policies and programming that will produce the greatest impacts in the years to come,” he declared.

Bettman concluded, “We take seriously our responsibility as the ‘North Star’ for every level of hockey – from youth leagues to the pros – and we hope our transparency will help foster important business and cultural shifts in the game.”

As part of one of their initiatives to promote diversity and inclusion, the report notes, “The NHL developed a new, best-in-class Workforce Demographic Study to understand the diversity of full-time League and Club employees and accelerate inclusive hiring.”

This Workforce Demographic Study was also highlighted as one of the NHL’s 7 Dimensions, specifically under their Employment section. This section specifically notes the NHL is engaging in racist activities, “Data from the survey will help guide future decision-making about our workforce. In late 2021, the NHL hired a full-time Director of Recruiting who is focused on attracting diverse talent to the organization. Additionally, the League engaged Jopwell with the intent of creating a more diverse and inclusive workplace by expanding our talent pool through Jopwell’s network of Black, Latinx, and Native American professionals.”

The report further notes they will be excluding white people from a mentorship program, “Clubs are also taking action: 22 Clubs have launched or are about to launch a mentorship/fellowship/hiring program to develop BIPOC and female talent to work in the organization’s Hockey Operations or front office roles.”

Getting to the section of the Workforce Demographic Study, it specifically notes the purpose of the study was to confirm they had too many white people.

It states, “When our survey was distributed to the thousands of employees across North America who make up the National Hockey League, we hoped to establish an accurate baseline of employee demographic data – with full consciousness of the pre-existing anecdotal evidence that increasing employee diversity needs to be a priority at all levels of hockey.”

“The results of the Study only reinforce the importance of this priority. In sharing the core results below, we hold ourselves accountable to generate significant improvement in all aspects of employee diversity, starting with the initiatives described in the ‘Employment’ section of this report, as we work to promote a strong and vibrant workforce culture,” the league declares.

Discussing the report, the NHL’s Executive Vice President of Social Impact, Growth, and Legislative Affairs said, “It says that we are where we expected to be, but now we have the facts to back it up. I think the one area that we are feeling positive about is that 38% of our workforce are women. We’ve done a lot of work to improve in that area, and it’s very consistent with our current female fan base of 40%. And so that’s a great benchmark. Having said that we know we have work to do with women of color and we are leaning in to that. ”

What is wrong is actively discriminating against a racial group, which the NHL has made clear they are doing and plan to do in the future.