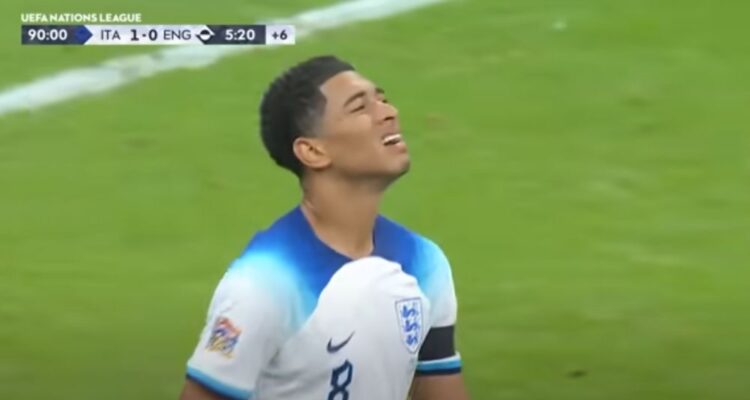 British authorities warned their citizens to not import certain products and avoid certain activities if they plan to attend the FIFA World Cup in Qatar that begins later this month.

On an official government website providing foreign travel advice for the FIFA World Cup Qatar 2022, it states, “Qatari laws and customs are very different to those in the UK. Be aware of your actions to ensure that they don’t offend. There may be serious penalties for doing something that might not be illegal in the UK, such as the importation of certain goods. This includes pork products, alcohol, e-cigarettes/vapes or anything that can be perceived as pornography.”

In a section specifically titled “Drugs” it also notes, “There is zero tolerance for drugs in Qatar. The penalties for the use, trafficking, smuggling and possession of drugs can include lengthy custodial sentences, heavy fines and deportation.”

Specifically pertaining to alcohol, they also warn, “Alcohol is currently only available to visitors at licenced hotel restaurants and bars, with additional availability expected at certain fan zone sites during the tournament. It is not possible to buy alcohol in shops. There is only one distributor in country, and this is restricted to residents with a valid permit.”

British authorities also note, “The legal drinking age in Qatar is 21. It is an offence to drink alcohol or be drunk in a public place.”

They also declare, “The importation of alcohol into the State of Qatar is illegal. You will not be able to purchase alcohol from duty free in airports to take into Qatar.”

Finally, authorities also note, “Homosexuality is illegal in Qatar. Private life in Qatar is largely respected but any intimacy between persons in public can be considered offensive, regardless of gender, sexual orientation or intent.”

However, they note, “Host authorities have stated that ‘everyone is welcome’ at the World Cup. They have publicly confirmed that there will be no restrictions on non-married friends or couples (including LGBT people) staying in the same room.”

The United States recently revealed they will have rainbow crests in place of the traditional red, white, and blue crests at the team hotel, media areas, and parties.

USMNT’s Chief Communications Officer Neil Buethe explained the rainbow crests to The Daily Mail, “As part of our approach for any match or event, we include rainbow branding to support and embrace the LGBTQ community, as well as to promote a spirit of inclusiveness and welcoming to all fans across the globe.”

He added, “As a result, locations that we will manage and operate at the FIFA World Cup, such as the team hotel, media areas and parties, will feature both traditional and rainbow U.S. Soccer branding.”

World Cup ambassador Khalid Salman also had his interview with German broadcaster ZDF abruptly ended after explaining that sodomites will have to accept their rules.

He explained, “This haram. Do you know haram meaning?” For those unfamiliar with the definition of haram it means forbidden or proscribed by Islamic law.

After being asked if he thinks gay is haram, he answers, “Yeah, it is haram. I’m not being a strict Muslim. But why is it haram? Because it is damage in the mind.”

The FIFA World Cup Qatar 2022 begins on November 20th and will conclude on December 18th.

What do you make of the advice British authorities are giving their citizens that are planning to attend the FIFA World Cup in Qatar?

NEXT: World Cup Ambassador’s Interview Ended After He Says Homosexuality Is “Damage In The Mind”