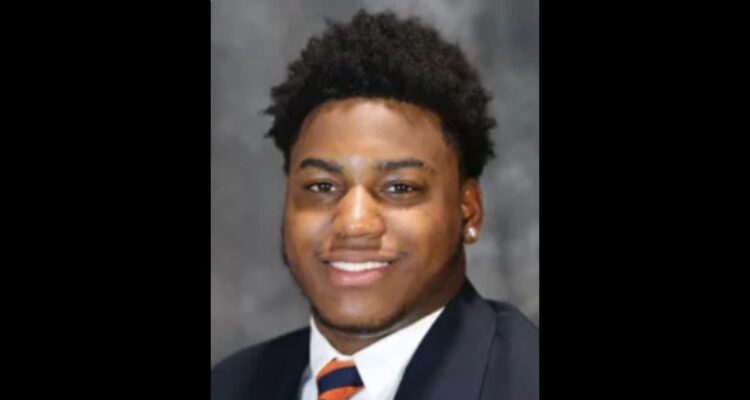 University of Virginia President Jim Ryan updated the public on the shooting incident during an 11:00 AM ET press conference.

He stated, “At approximately 10:30 PM university police responded to a call of shots fired in the Culbreth parking garage area. The suspected shooter is UVA student Christopher Darnell Jones Jr. Upon arrival at the scene, university police encountered several victims of gunshot wounds. The shootings occurred on a bus full of students returning from a field trip”

Ryan went on to reveal the identities of the three victims who were killed, “Three of the victims did not survive. They were Devin Chandler, a second year from Virginia Beach, Virginia. Lavell Davis a third year  student from Ridgeville, South Carolina, and D’Sean Perry, a fourth year student from Miami, Florida. All three were members of the football team.”

“Two other students were wounded and are being treated for injuries at the UVA Medical Center. One is in good condition. One is in critical condition. In order to protect their privacy, we are not releasing their names at this moment,” Ryan continued.

Later in the press conference he detailed that no motive for the attack was known at this time, “Although we do not yet have a full understanding of the motive and circumstances of these events, police are investigating as we speak.”

At the time of the press conference, Ryan detailed that police were still hunting for Jones. And that police had conducted an “exhaustive building by building search of grounds.”

However, after Ryan gave the podium to Chief Longo, he was informed that police had arrested Jones off campus. “We just received information that the suspect is in custody,” Chief Longo stated.

The UVA Police Department noted at 11:24 am ET “Police have the suspect in custody. This is the final alert message.”

Chief Longo also provided more details about the shooting, “When this call came out just after 10 o’clock last night, about 10:16, and we knew the circumstances, we immediately initiated an emergency alert.”

After explaining how the emergency alert system works, he detailed, “Since 10:16 up until just about 30 minutes ago, our students were sheltered where they were. And more than 500 of them were sheltered in buildings throughout grounds, studying in libraries, classrooms, and other places. And they’ve cooperated with the directive they received and we’re very grateful for that as well.”

Chief Longo also revealed that “the bodies of Devin and D’Sean … were found inside a charter bus.”

He further seemed to imply that Jones was part of the trip and was on the bus saying, “And someone amongst them chose to do an act of violence. And we found them dead inside that bus. And for hours we had to process a crime scene.”

Jones had previously come to the attention of “the University of Virginia’s Threat Assessment Team in the fall of 2022,” said Chief Longo. “In fact, in September 2022, our Office of Student Affairs reported to the multidisciplinary threat assessment team that Mr. Jones — they received information that Mr. Jones had made a comment about possessing a gun to a person that was unaffiliated with the university. In other words, a third party.”

Chief Longo further stated, “That reporting person, again unaffiliated with the university, to the best of our knowledge never saw the gun. The comment about Mr. Jones owning a gun was not made in conjunction with any threats.”

Not only did he come to the attention due to this tip, but Chief Longo also detailed he was “involved in a hazing investigation of some sort.” Chief Longo detailed that investigation “was eventually closed due to witnesses that would not cooperate with the process.”

However, he detailed, “But through the course of the threat assessment team’s investigation, we learned of a prior criminal incident involving a concealed weapon violation that occurred outside the city of Charlottesville in February of 2021.”

“What’s interesting about that case is he’s required as a student of the University of Virginia to report that and he never did,” Chief Longo relayed. “And so the University has taken appropriate administration charges through the University’s judiciary council and that matter is still pending adjudication.”

President Ryan also announced that classes and all extracurricular activities on campus had been cancelled including the men’s basketball game against Northern Iowa.

Jones was part of the University of Virginia football program in 2018, but never took a snap. He was no longer part of the team for the 2019-20 season.