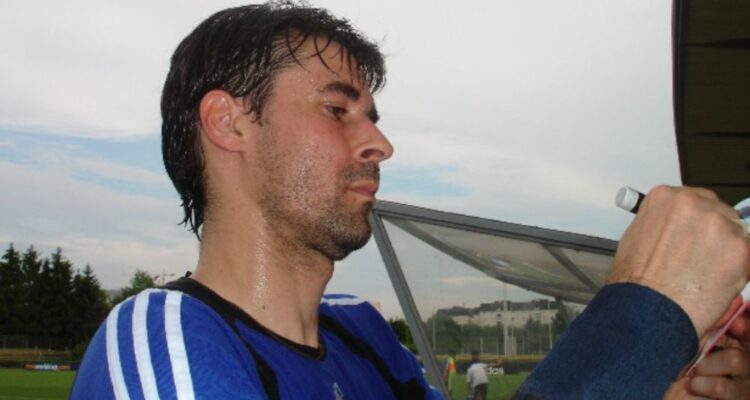 Greek soccer star Vassilis Tsiartas was sentenced to 10 months in prison for violating an anti-racism law that also includes prohibitions on insults regarding gender identity.

In 2017, before Greece passed a bill redefining gender identity, Tsiartas posted to Facebook that he hoped “the first sex changes are carried out on the children of those who ratified this abomination.”

He added, “Legitimize pedophiles, too, to complete the crimes.”

In a second post he wrote, “God created Adam and Eve.”

Tsiartas indicated on Twitter he will be appealing the decision. As translated by Twitter, he wrote, “With reference to yesterday’s publication of the conviction against me in the first court decision (against which I will appeal), I will post in detail from next week.”

Not only did Tsiartas indicate he would be appealing the decision, but he also called for numerous media outlets to issue retractions after they initially claimed he was also fined 5,000 euros for his Facebook post.

Tsiartas shared a statement calling for the retraction alongside the official court document that fines him 80 euros not 5,000 euros.

His statement translated via Google Lens reads, “Here I am quoting the court decision against me. As you can see the 5 thousand euro fine does not exist as it was unfortunately spread completely baseless and extremely unaceptable with a ‘press release’ circulated the same evening by some people, against whom I declare that I will take legal action as it was so violated the truth as well as the presumption of my innocence, as the decision is of first instance.”

It continues, “I would also request that there be a relevant correction from the media that adopted so quickly but uncritically the announcements of my opponents. It should also be recorded that mitigating factors were also recognized. The rest is up to the appeals court.”

And here’s the translation of the court document which notes he was fined 80 euros and that his 10 month prison sentence was suspended for three years.

The Transgender Support Association (SYD) described the conviction as “particularly important for the transgender community.”

The Times also reports this conviction is “the first for public incitement to violence or hatred for reasons of gender identity” under the Greek law 927/1979.

Tsiartas played most of his career at AEK Athens as an attacking midfielder. He transferred to AEK Athens in December 1992 and continued to play for the team through 1996. In ’96 he joined Sevilla and stayed there until 2000 when he returned to AEK Athens until 2004.

He  played a key role in Greece’s victory in the 2004 UEFA European Football Championship, where they shocked the world by coming out of Group A with a record of 1-1-1. They defeated Portugal in their opening match 2-1, drew with Spain 1-1, and lost to Russia 2-1. Spain and Russia were eliminated.

He also scored the game winning goal against Northern Ireland via a penalty kick. That goal allowed Greece to qualify for the 2004 UEFA European Football Championship. Overall he played 70 games for Greece and scored 12 goals.

What do you make of Greece sentencing Tsiartas to 10 months in prison over a Facebook post criticizing the Greek law redefining gender?