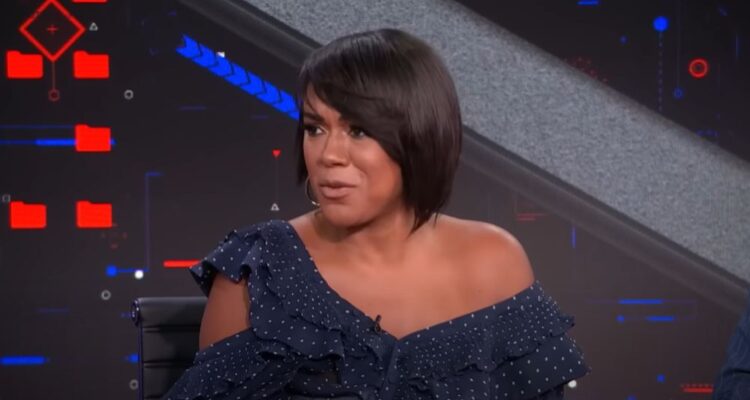 Variety reports Cross’ “production staff was informed of the decision Friday morning, according to three people familiar with the matter.”

The outlet further asserted, “MSNBC decided not to renew Cross’ contract after two years, according to one of these people, and severed ties with her immediately.”

As for why they fired her, Variety stated, “There has been speculation that Cross’ relationship with MSNBC was becoming frayed, according to two of these people, with executives at the network growing concerned about the anchor’s willingness to address statements made by cable-news hosts on other networks and indulging in commentary executives felt did not meet the standards of MSNBC or NBC News.”

Forbes speculates that Cross was fired after she made an appearance on Comedy Central’s Hell of a Week with Charlemagne where she compared Republicans to right wing extremists and called for Florida to be castrated.

During her appearance, Charlamagne asked Cross about reactions to the media coverage of Paul Pelosi, “Why is everyone so quick to jump on conspiracy theories? Is the truth not sexy enough?”

Later in the segment she claimed Fox News is propaganda while MSNBC is actual journalism, “And I also wouldn’t equate Fox News and MSNBC. One is a propaganda network that traffics in hate, and the other is MSNBC.”

When Joe Coscarelli asserted people want to live in their bubbles, Cross replied, “But one bubble is just complete bulls**t, another is actual journalism and reporting, as you know as a reporter.”

During a segment where she had to pick between Florida, Pennsylvania, Georgia, and Arizona to be let go, Cross answered, “I think Florida literally looks like the dick of the country so let’s get rid of Florida.”

She added, “Seriously, let’s castrate Florida. Ron DeStupid, Ron DeSantis, whatever you want to call Florida man, he is so problematic. The people there passed amendment 4, which gave returning citizens, those that were formerly incarcerated the right to vote. He instituted a poll tax. He has done everything he can to keep black and brown people from the ballot. He traffics in stupidity and ignorance. And I just think they are a problem for the rest of the country. Let’s get them out of there.”

This was thought to be the “last straw” that got Tiffany Cross fired from MSNBC- she calls Florida, “the dick of the country”. Hours later she was let go. pic.twitter.com/JqEXTw7LxU

Cross Connection, which aired on MSNBC from 10 a.m. to 12 p.m. ET on Saturdays was also one of the worst performing shows on MSNBC averaging only 554,000 viewers according to USTVDB.com.

However, Forbes does note the show had a 32% increase in viewership among viewers aged 25-54 in the first quarter of this year.

Cross also made headlines when she claimed in October that the NFL was racist after Miami Dolphins quarterback Tua Tagovailoa suffered a concussion after being sacked by the Cincinnati Bengals’ Josh Tupou.

“He should not have been allowed to go back into that game…Players have to, oftentimes, be protected from themselves.” @michaelsmith on Tua Tagovailoa’s concussion last week that sparked debate on team protocol #CrossConnection pic.twitter.com/SWv0xjdaiX

During a segment covering his concussion, Cross stated, “I’ve got to say, Mike, the optics look bad. To see all these black men crashing into each other with a bunch of white owners, white coaches, and the complete disregard of black bodies and black life. I mean, it just represents a larger issue, and I think that’s the problem.”

She concluded, “With the NFL ratings through the roof, I just wonder what incentive do they have to just be better. You saw the whole issue with black coaches etc…”

YouTuber Ryan Kinel of Sports Wars reacted to Cross’ firing saying, “It’s good to see that every once in a while these people get what they f**ing deserve. Tiffany Cross doesn’t deserve to have a job as a news anchor. She doesn’t deserve to be labeled as part of the mainstream media, media person of any type.

“She’s an idiot. She’s a hateful race baiter. She hates white people,” Kinel declared. “And that is acceptable clearly in mainstream sports. There’s a lot of people who feel that way. It’s acceptable from the players too. We’re seeing that essentially every opinion is okay if it comes to attacking white people. That’s what we’re seeing right now in sports.”

What do you make of Cross getting canned?