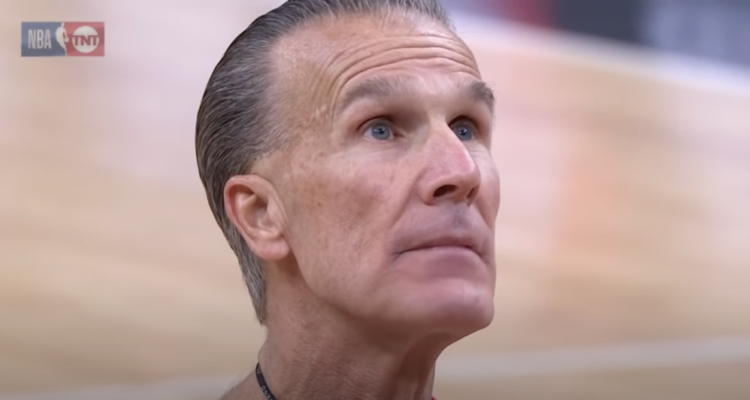 Three Former NBA Referees File Lawsuit Against NBA, Say They Were Fired For Refusing COVID Vaccine And Claim The Choice Was “Jab Or Job”

Three former NBA referees are taking legal action against the NBA for allegedly being terminated from their jobs for refusing to comply with the league’s COVID-19 vaccine policy.

The lawsuit filed by former refs Kenny Mauer, Mark Ayotte, and Jason Phillips state that the NBA threatened and attempted to coerce compliance with the vaccine policy in spite of the three men individually claiming they chose not to receive the vaccine over religious grounds. The NBA rejected their appeals, claiming they did not meet their “high standard” for exemptions.

“Had the NBA not taken upon itself to force faith-based conscientious objectors to adhere to secular norms, none of the plaintiffs’ complained-of injuries would have manifested,” the complaint stated. “In sum: Plaintiffs were persecuted.”

The NBA’s “jab or job ultimatum” as the plaintiff’s referred to it, led to all three men to be suspended during the 2021-22 season. They also point out that the NBA would not reinstate them even after they decided to lift the requirement for the 2022-23 season.

In August last year, the NBA and the National Basketball Referees Association agreed that any refs who could provide official documentation validating a reasonable medical or religious reason could obtain an exemption to the COVID-19 vaccine. For those unable to obtain an exemption, they would not be allowed to work.

RELATED: NFL MVP Voter Hub Arkush Who Refused To Vote For Aaron Rodgers Over His Vaccine Status Gets Canned By Associated Press

The lawsuit specifically accuses the NBA, according to Reuters, of “violating federal civil rights laws and New York State and city human rights laws.” The plaintiffs are demanding “back pay, punitive damages, and damages for repetitional harm and for pain and suffering.”

Mauer spoke with Jason Whitlock back in February regarding the NBA driving him out of the league over the vaccine policy.

“I never thought that my faith in our Lord Jesus Christ would prevent me or stop me or get in the way of me refereeing NBA basketball games. And that’s about it in a nutshell and that’s what’s happened not to just me, but other people,” he began.

“And it was a shock to all of us or to a lot of us because last year through a much more difficult time even through the bubble referees were given the option to either take the vaccine or you could test,” he detailed.

After explaining he tested as many as four times on game days the previous season, he revealed, “For whatever reason, [NBA Commissioner Adam Silver] and the NBA changed and going into this season it was mandated that you take the vaccine or you would not be allowed to referee in the NBA.”

What are your thoughts on this lawsuit? Are the men justified for going after the NBA after how they were treated? Let us know in the comments below.

NEXT: Former Washington State Coach Nick Rolovich Has ‘No Regrets’ Not Complying With State Vaccine Mandate Even After Being Fired