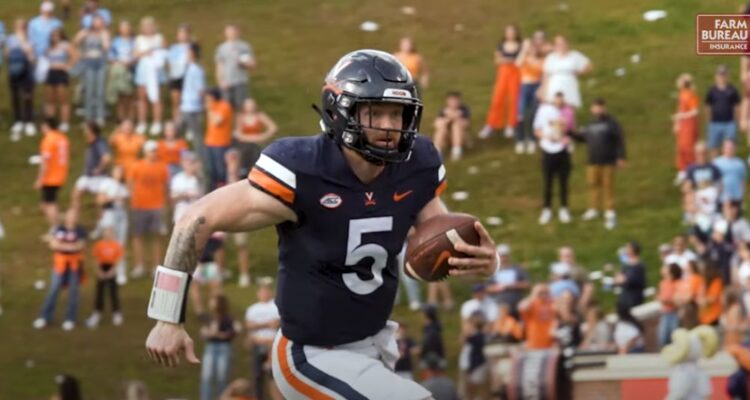 The Virginia Athletics Department announced on Wednesday the game would be cancelled explaining that the ultimate decision was made following the aftermath of the shooting which occurred on campus Sunday night. The match would have been Virginia’s last home game of the season.

RELATED: Former University of Virginia Running Back Arrested In Shooting That Killed 3 Former Teammates And Injured 2 Others

They specifically stated, “The Virginia athletics department announced today (Nov. 16) the Cavaliers’ home football game vs. Coastal Carolina scheduled for Saturday, Nov. 19 has been canceled. The decision was made following the shooting of five students on Grounds Sunday night. The incident resulted in the deaths of three members of the UVA team – Devin Chandler, Lavel Davis Jr. and D’Sean Perry. The game would have been Virginia’s final home game of the 2022 season.”

“A decision if Virginia will participate in its final game of the season, a Nov. 26 (Saturday) date against Virginia Tech in Blacksburg, has not been made at this time,” the statement concluded.

The suspect charged with the killings, Christopher Darnell Jones Jr., who was a former running back for UVA, was taken into police custody Monday morning.

Details of the incident and the events that led to it are still developing, but it is suspected that Jones Jr. attacked the victims as the team was returning from a trip from Washington D.C. on a bus that night.

According to UVA Police Chief Timothy Longo at a press conference this week, Jones now faces “three charges of second-degree murder and three counts of using a handgun in the commission of a felony.”

Jones had previously come to the attention of “the University of Virginia’s Threat Assessment Team in the fall of 2022,” said Chief Longo. “In fact, in September 2022, our Office of Student Affairs reported to the multidisciplinary threat assessment team that Mr. Jones — they received information that Mr. Jones had made a comment about possessing a gun to a person that was unaffiliated with the university. In other words, a third party.”

Chief Longo also stated, “That reporting person, again unaffiliated with the university, to the best of our knowledge never saw the gun. The comment about Mr. Jones owning a gun was not made in conjunction with any threats.”

The police chief also detailed Jones was “involved in a hazing investigation of some sort.” Chief Longo explained the investigation “was eventually closed due to witnesses that would not cooperate with the process.”

However, he added “But through the course of the threat assessment team’s investigation, we learned of a prior criminal incident involving a concealed weapon violation that occurred outside the city of Charlottesville in February of 2021.”

“What’s interesting about that case is he’s required as a student of the University of Virginia to report that and he never did,” Chief Longo said. “And so the University has taken appropriate administration charges through the University’s judiciary council and that matter is still pending adjudication.”

NEXT: University Of Michigan Head Coach Jim Harbaugh Reacts To Triple Murder At University of Virginia