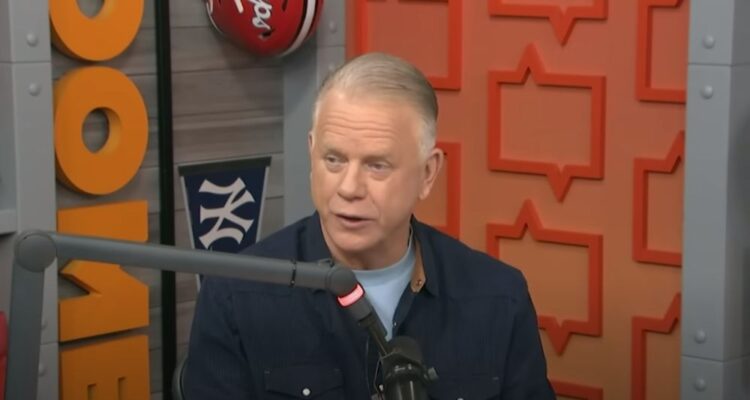 NFL analyst for CBS and the host of the Boomer & Gio radio show made pointed comments about the Joe Biden administration and the way the United States is being run following the Brittney Griner swap for Russian arms dealer Viktor Bout.

Esiason shared his thoughts on the prisoner swap during his December 8th episode of the Boomer & Gio radio show.

First, Boomer Esiason stated, “There’s gonna be a major problem over this. I’m happy for Brittney. I’m happy for her family. I think she was unjustly detained. We all know that. I don’t care about her politics. She’s an American citizen and she should be here. She should be back here. And I’m sure everyone in her life are very happy about this.”

“Like I said I’m happy for her. She never belonged over there. She never belonged in jail. She was put in a Russian penal colony and it was harsh and it should have never happened. Now our government decides that an arms dealer for a WNBA center is equal in terms of the swap,” he said.

“But there is another person and probably other people that we don’t even know about that are probably sitting in those prisons over there,” he added. “And because Brittney Griner is a WNBA superstar and one of the greatest women’s basketball players we’ve ever seen she gets this type of treatment while an ex-Marine is sitting over there in prison as well.”

“So that family and any other families that have people over there that are being unjustly detained much like people felt about Brittney Griner are going to be upset that their loved ones have gotten passed over for this arms dealer for WNBA center exchange,” he stated.

Esiason and his co-host Gregg Giannotti would return to the topic several times throughout the show. At one point Esiason suggested that the United States government and Joe Biden’s administration should have arrested Washington Capitals star forward Alexander Ovechkin and traded him for Griner.

However, he also took shots at the Biden administration and the state of the United States under his leadership, “It’s not apples for apples. And there’s going to be a very upset group of people. The Whelans are going to be upset unless they are saying to them, ‘Just hang on. Hang on. We’re working on this too.'”

“I don’t know,” Esiason continued. “You would think that 25 years arms for 9 years for something that she shouldn’t have been jailed for in the first place. I don’t know. I want to be happy this morning, but I can’t be because I know that there is another guy over there, maybe some others over there that we don’t even know about that don’t have the access to the White House because they’re not a star athlete or a celebrity that meets some sort of political gain in any way shape or form.”

“The fact that it happens after the election, it’s obvious what’s going on. It’s another check against the way this country is being run in my eyes,” Esaison bemoaned.

After taking a call, Esiason further detailed his thoughts, “I want to be happy this morning because she’s out, but I also want to be realistic about what just happened, and who is still over there, and how this whole thing, to me, does not add up.”

“And this happened right prior to the invasion of Ukraine. That’s when she got arrested. All of this stuff is all tied in together. I don’t know, man. Like I said I want to be happy, but I can’t be,” he added.

Esiasion then declared, “It’s what we ended up giving up in order to get her. And that doesn’t add up.”

After a brief break, Esiason came back and stated, “You leave a patriot rotting in jail over there. They better get his a** out. That’s all I got to say.”

He would then comment on Dallas Cowboys linebacker Micah Parson’s initial reaction to the new about the prisoner swap.

Esiason commented on Parsons’ tweet saying, “But you know what, honestly, I’m telling you, more people feel that way than don’t. I can tell you that right now. I know that we’re all happy that Brittney’s home like we said earlier on. But when you think about the magnitude of what we traded to get back a WNBA professional athlete and left a Marine sitting there whose family has been trying for years to get him out of there with nothing, nothing from the U.S. government. Nothing publicly. There was no story written about it.

“And then the moment that Brittney got arrested in February it became a story. And I feel like the Russians were basically using her to get this guy out. It’s not an even swap. It’s not. And we all know what happened to Brittney should have never happened. But man, we look so pathetic. And listening to our President talk about this is such a pathetic feeling. I want to be happy, but I can’t be,” he reiterated.

What do you make of Esiason’s thoughts?