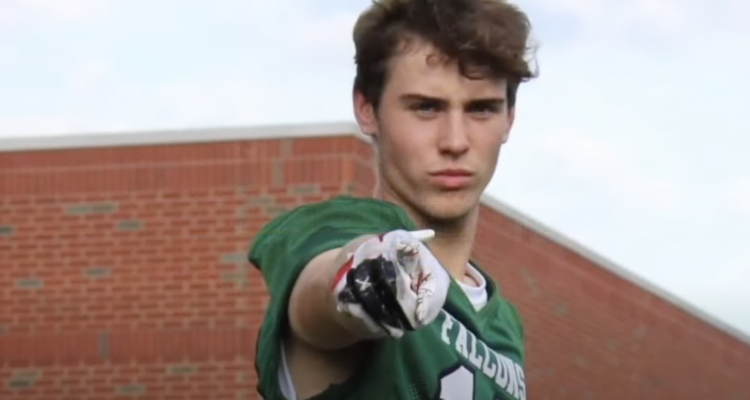 The U.S. Marshals Service this weekend announced that three adult men were arrested in connection to the death of 17-year-old Ethan Liming, who was beaten to death on the grounds of the I Promise School (founded by basketball player LeBron James), in Akron, Ohio, on June 11.

Liming was found dead near the basketball courts of the I Promise School on June 2.

Authorities believe that Liming and several friends got into an altercation with the three suspects (as well as several other unnamed individuals) after Liming and others “were riding around the surrounding area shooting a SPLATRBALL Water Bead Blaster at objects and possibly unsuspecting people.”

Liming and his friends pulled over to the basketball courts of the I Promise School shortly after, where the “teens appeared to have targeted or approached the subjects who were on the court and fired the gel soft gun at them.”

The Akron Police Department detailed, “The collective actions of the teens in the car appear to have unfortunately provoked the altercation.”

Liming’s father, Bill Liming, provided some details about the incident to the Akron Beacon Journal, “Teenagers were being teenagers. I don’t want to say too much about the investigation. But apparently some of his friends who were with him were fooling around in the parking lot and some other people didn’t like it.”

Liming detailed, “He was fighting back for his life. A third individual came up behind him and overwhelmed him. And they knocked him out on the ground. His friends tried to help him.”

He went on to claim, “My son Ethan Liming was murdered by three African American males and a female who stood by and did nothing.”

The father noted that Ethan’s friends “did everything they possibly could to help Ethan. They called 911 to get help. And when Ethan was knocked out and on the ground, his two African American friends tried to pick up his body and put him in the car to help save his life. He was still alive. He was still breathing.”

“The people who murdered him didn’t like that and drove them away. They physically assaulted and beat the white child who was there with him. … Help did not arrive in time. They did the best they could to help him when they were there. My heart’s broken,” he said.

“We don’t want any other children, or anybody else, to be hurt in that area. It’s not safe. It’s not secure,” he added.

He then attempted to explain why he believes this heinous act was committed, “We live in a sick world. People look at each other based on the color of skin or the fact somebody disagrees with somebody else. And because you disagree with me you must be evil.”

“And we have so dehumanized each other in our society, that’s why my son was murdered. Some people looked at him as somebody whose life didn’t matter. And it just breaks our hearts. And we don’t want this to happen to anybody else’s child,” he asserted.

According to the statement provided to the press by the U.S. Marshals Service, officers from the Akron Police Department identified the suspects and conducted the arrest in conjunction with the U.S. Marshals after warrants were issued for homicide. The three suspects, Donovan Jones, 21, Deshawn Stafford Jr., 20, and Tyler Stafford, 19, were shortly arrested at two separate residences within the same day.

Local news outlet WKYC reported that the formal charges against the three men are “murder and felonious assault, with Jones also accused of disrupting public service.”

“Ethan’s senseless and tragic death has touched every person in our community,” stated Mayor of Akron, Dan Horrigan. “These arrests would not have been possible without the dedication of our Akron Police Department and their collaboration with the U.S. Marshals Northern Ohio Violent Fugitive Task Force. They have worked around the clock on this case and I thank them for their tireless efforts. My thoughts and prayers remain with the entire Liming family at this time.”

Lebron James went to Twitter shortly after the incident had been reported, saying “Our condolences goes out to the family who lost a loved on!! My the heavens above watch over you during this tragedy! Pray for our community!”

James’ tweet followed a statement from his foundation’s official Twitter account, stating “Our community is everything to us. We Were devastated to learn of the overnight incident that saw a life lost near our school. We are grieving with our community over another senseless act of violence,” continuing “Our @IPROMISESchool campus is safe and secure as we continue to do everything we can to support our students, families, and the entire Akron community.”

Because of the national attention the case has received, some individuals have attempted to frame the situation away from Liming’s death to focus instead on the events which led to his killing.

Journalist Tariq Nasheed said on Twitter, “The white media is EXTREMELY on code, trying to reframe the narrative in this story. Ethan Liming and his other white friends engaged in an alleged anti-Black assault, & the Black victims defended themselves. And now they are framing Liming as an innocent victim. He caused this.”

A podcaster who goes by the name “Nicole’s View” blamed “white supremacy” and “gun culture” for being the root of the altercation, attempting to draw a correlation between Liming’s death and the death of Tamir Rice.

Her tweet reads “Tamir Rice never received justice over his brutal and unnecessary murder by the police in Ohio. So excuse us if black folks are not jumping on the Ethan Liming sympathy train. White supremacy created this sick, racist, obsessed gun culture and now there are consequences to it.”

Media personality Jack Posobiec called on LeBron James to take additional steps towards healing the Akron community in the aftermath of Liming’s death, saying “Mr. James this is an opportunity for you… stand up and show that you’re not going to play politics, demand justice in this case the same way you demand justice everywhere else.”

“Mr. James this is an opportunity for you … stand up and show that you're not going to play politics, demand justice in this case the same way you demand justice everywhere else."pic.twitter.com/RK5sFtjKem

What do you make of these arrests?