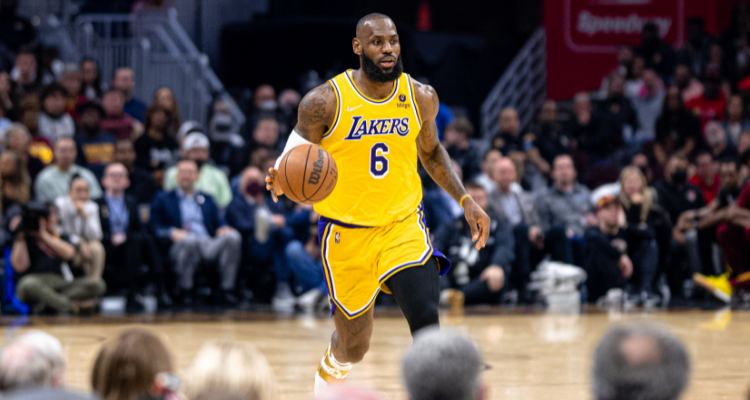 A new report claims that Basketball Hall of Fame coach and 11 time NBA champion Phil Jackson is advising the Los Angeles Lakers to trade LeBron James after the team failed to make the playoffs and posted a losing record of 33-49.

This report comes from L.A. Times columnist Bill Plaschke during an appearance on the Doug Gottlieb Show.

Plaschke began his interview revealing that Lakers owner Jeanie Buss is not happy with the way the team performed this past year and she plans on making big changes.

Plaschke explained, “I sense a resolve in her. When I requested the interview, I didn’t expect to hear back right away. And she got back right away saying she wanted to do it. Because I think she wanted Laker fans to know she’s really upset.”

“I wish she was upset enough to fire [Lakers General Manager] Rob Pelinka, but she’s not there yet,” he continued. “But you could tell behind her smile there’s this steely stare like she was embarrassed last year and changes are coming and she’s involving now more than just Pelinka.”

Plaschke then revealed that in the interview he conducted Buss confirmed that both Magic Johnson and Phil Jackson are back in the mix at the Lakers.

He said, “She’s taking advice from everyone so my whole takeaway basically is Rob Pelinka is on a short leash, they got to get a good coach, they got to figure out Russell Westbrook, they got to make LeBron happy. They got to fix this or else.”

Plaschke would later state that Buss has given Pelinka only a year to get things right for the Lakers.

The conversation would eventually turn to LeBron with Gottlieb asking, “How much power does LeBron have? And how much does he use in this current form of the Lakers?”

Plaschke answered, “Enormous power and he uses all of it, and that’s what scares me.”

He continued, “I think they should trade LeBron. I’ve written that. I think they need to start from scratch. Jeanie basically told me she’s not trading LeBron. They want him — you talk about a Kobe like contract — they’re hoping for a Kobe-like retirement game when LeBron breaks Kareem’s record next year. ”

“They’re hoping LeBron can carry his star power for two more years. They want to make LeBron happy and they’re going to do whatever it takes to make him happy,” Plaschke added.

Gottlieb would posit that LeBron isn’t an actual Laker, he just plays for the Lakers. Plaschke would agree saying, “I don’t feel connected to him in any way and the town of L.A. doesn’t either.”

He elaborated, “My point is why keep him around just for star value. He can turn somebody else into a champion and help you rebuild. Get rid of him.”

From there the conversation turned towards Phil Jackson, where Plaschke said, “I’ve heard that Phil would like LeBron traded. I’ve just heard that. But I’ve got nothing to back that up. No on the record stuff to back that up.”

“But I think Phil — I do know that Phil would like them to keep Westbrook and try to make it work with him,” he added.

Plaschke later said, “A lot of what we see coming up is going to be Phil’s fingerprints and where that stands with LeBron. I don’t think he loves LeBron. Again, I think Jeannie would overrule him on that.”

Jackson and James feuded back in 2016 when Jackson provided his commentary on the Miami Heat and referred to James’ entourage as a posse.

Jackson told ESPN, ” It had to hurt when they lost LeBron. That was definitely a slap in the face. But there were a lot of little things that came out of that. When LeBron was playing with the Heat, they went to Cleveland and he wanted to spend the night. They don’t do overnights. Teams just don’t.”

“So now (coach Erik) Spoelstra has to text Riley and say, ‘What do I do in this situation?’ And Pat, who has iron-fist rules, answers, ‘You are on the plane, you are with this team.’ You can’t hold up the whole team because you and your mom and your posse want to spend an extra night in Cleveland,” Jackson continued.

He concluded, “I always thought Pat had this really nice vibe with his guys. But something happened there where it broke down. I do know LeBron likes special treatment. He needs things his way.”

James responded to the comments telling ESPN, “I’ve been in the league for 14 years and from the beginning two years in, I felt like I wanted to put my guys in positions of power, give those guys an opportunity to better themselves.”

James then added, “It just sucks that now at this point having one of the biggest businesses you can have both on and off the floor, having a certified agent in Rich Paul, having a certified business partner in Maverick Carter that’s done so many great business [deals], that the title for young African-Americans is the word ‘posse.'”

“We see the success that we have, but then there is always someone that lets you know still how far we still have to go as African-Americans,” James said.

He then detailed, “If you go and read the definition of what the word ‘posse’ is, it’s not what I’ve built over my career. It’s not what I stand for, it’s not what my family stands for. I believe the only reason he used that word is because he sees young African-Americans trying to make a difference.”

What do you make of this report that Jackson wants LeBron traded? Do you think LA should trade LeBron James?