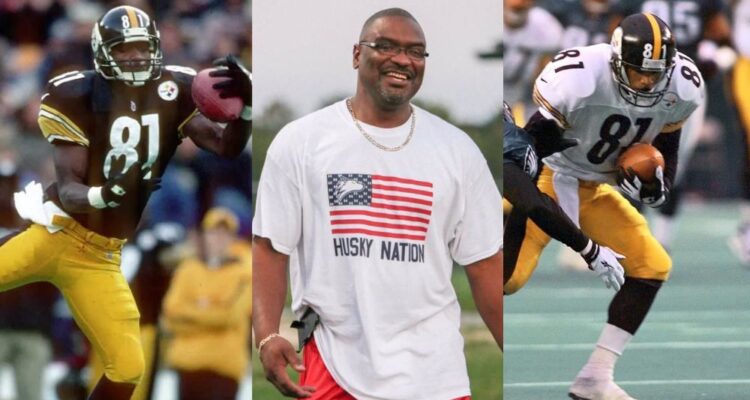 Former Super Bowl champion and first-round NFL draft pick Charles Johnson has been announced dead at the age of 50.

Johnson, who was up until the time of his death working as the assistant athletic director for a local high school in Wake Forest, North Carolina, was announced dead on Wednesday by WNCN-TV. As of now, the official cause of death is unknown. An outpouring of condolences have since been made since the tragic announcement.

“We offer our deepest condolences to the family and friends of our former WR, and Buff great, Charles E. Johnson. Rest in Peace, Charles,” said the Colorado Buffaloes through their official Twitter account. Johnson played for the Buffaloes for four years when attending his alma mater, the University of Colorado.

The Steelers selected Johnson with the No. 17 pick in the 1994 draft after he graduated from Colorado. He would join fellow Buffaloes teammate Kordell Stewart for their first few seasons.

The California native would later go on to join the New England Patriots where he earned his Super Bowl ring during the team’s victory in the 2001 season alongside a young Tom Brady who was just starting out.

Johnson would leave the Patriots after that victory the following season to play with the Buffalo Bills in 2002, officially retiring at the end of that season.

Kordell Stewart to Charles Johnson. So sad to hear that Johnson, who played 5 years with #Steelers has passed away at age 50 #RIP pic.twitter.com/D8u3m4lulj

The champion didn’t stray too far from the sport however post-retirement. Johnson would later find full time work as the assistant athletic director at Heritage High school in Wake Forest, working under the team’s head coach Dewayne Washington who had also formerly played for the Steelers from 1998-2003.

Rest in peace to an all timer. pic.twitter.com/PFtbSkWT4t

The NFLPA Former Players memorialized Johnson tweeting, “We are deeply saddened by the passing of Charles Johnson. Charles was a first-round draft pick, played nine seasons and helped the Steelers win Super Bowl XXXVI. He will be missed by the many people whose lives he touched.”

Albeit they meant to say he helped the New England Patriots win Super Bowl XXXVI.

What are your favorite moments from Johnson’s life on and off the field?