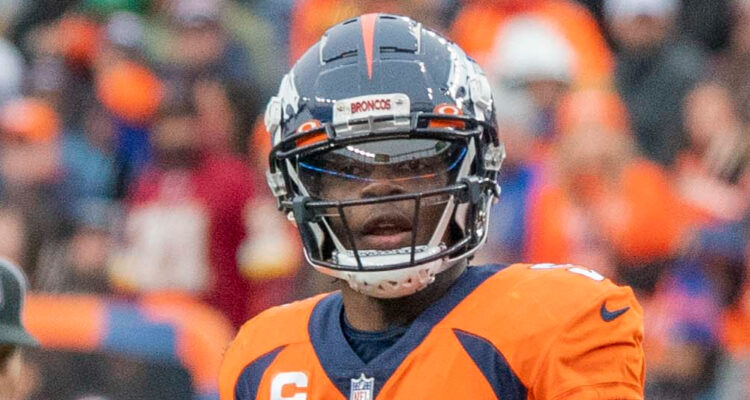 Miami Dolphins quarterback Teddy Bridgewater took to social media to put his fellow football players on blast, zeroing in on those who pretend they are gangsters or tough guys.

Bridgewater posted a message to his Instagram where he began, “Tired of seeing football players portray this tough guy image or pretend he’s gangsta. You went to school, attended those classes and some even got their college degree.”

“Now you might have 1.5% of professional football players that’s on that but the remaining 98.5% are only ‘football tough.'”

RELATED: University Of Michigan Coach Jim Harbaugh: “The Unborn Are Amazing Gifts From God To Make This World a Better Place”

He then cautioned his fellow athletes, “So don’t wait till you inherit this legal money from the league to decide you want to be tough or portray a ‘street image’ cause it’s kids that’s looking up to everything we do.”

“Plus it’s someone sitting in a cell or posted in the hood who might’ve been just as hood as you that would advise you otherwise,” he continued.

Bridgewater then shared a warning to kids who might idolize athletes who pretend to be gangsa.

He wrote, “Kids don’t be fooled. You can play ball, do the right thing and they still gonna accept you. Look at me, I’m far from perfect but I chose the ball route but I still can go to the hood and post up and it’s all love.”

“I still keep the same 3 dudes around me. My people accept me for making all the right decisions and not falling victim or being tricked by the false image you see on IG from a lot of ball players,” he declared.

He concluded writing, “Choose your path. Can’t do both though.”

As you can see above, Bridgewater was lauded for his post by Minnesota Vikings running back Dalvin Cook, Buffalo Bills wide receiver Stefon Diggs, Denver Broncos safety Kareem Jackson, and New England Patriots running back James White among others.

This isn’t the first time Bridgewater has used his Instagram to give advice to those looking up to him. Back in February 2020, he shared to Instagram a post encouraging young boys to keep at it, no matter the struggle, because he was one in their shoes.

Bridgewater entered the NFL playing for the Minnesota Vikings in 2014 where he started 12 games and had 6-6 record. He threw for 2919 yards and 14 touchdowns with 12 interceptions and a QB rating of 54.4.

He played with the Vikings for four years before a brief stint with the New York Jets and then being traded to the New Orleans Saints where he played for three years as a backup to Drew Brees. In 2020 he joined the Carolina Panthers and then moved to the Denver Broncos in 2021.

In Denver he started 14 games and had a record of 7-7. He threw for 3,052 yards and 18 touchdowns with 7 interceptions. He had a QB rating of 47.4. He recently signed a one-year deal with the Miami Dolphins where he’s expected to be the backup for Tua Tagovailoa.

RELATED: Tim Tebow: “There Is Only One MVP And He Died On A Cross On A Rescue Mission For Humanity”