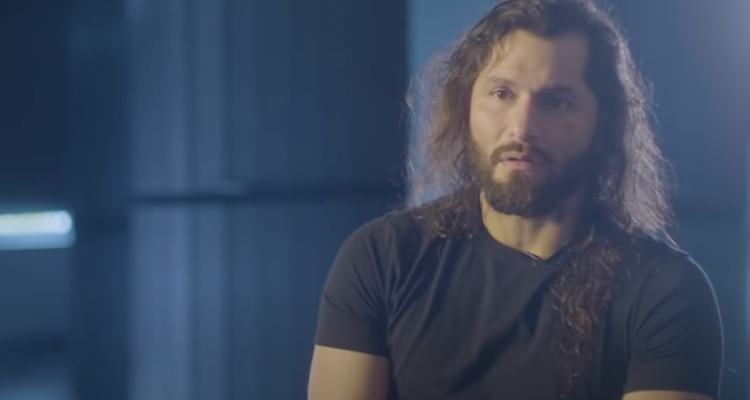 UFC welterweight fighter Jorge Masvidal has been on a Twitter rampage the last few days since former president Donald Trump’s home at Mar-a-Lago was raided and occupied by FBI agents earlier this week.

Following the raid, Jorge “Gamebred” Masvidal went to Twitter to voice his disgust over what he believes appears to have been a political act of retaliation by the Biden administration.

“Sad day in the USA today,” posted Masvidal. “These are the tactics of Cuba and Venezuela. No matter what side of the aisle you are on, this ain’t right. #loveUSA”

It’s not clear exactly why the raid was conducted. Attorney General Merrick Garland addressed the media on August 11th indicating he would unseal the warrant in lieu of public interest.

He explained, “Just now, the Justice Department has filed a motion in the Southern District of Florida to unseal a search warrant and property receipt relating to a court approved search that the FBI conducted earlier this week.”

“The search warrant was authorized by a federal court upon the required finding of probable cause. The property receipt is a document that federal law requires law enforcement to leave with the property owner. The Department filed the motion to make public the warrant and receipt in light of the former President’s public confirmation of the search, the surrounding circumstances, and the substantial public interest in this manner,” Garland detailed.

While Garland failed to provide any actual details on the raid, The New York Post reported the federal judge who had approved the FBI warrant, Judge Bruce Reinhart, was not only an active donor to former president Barack Obama’s 2008 campaign, but had also during his time at the US Attorney’s office represented several known employees of infamous sex trafficker and convicted pedophile Jeffrey Epstein.

The Post reported, “Sources tell The Post that Judge Bruce Reinhart approved the warrant that enabled federal agents to converge on the palatial South Florida estate on Monday in what Trump called an ‘unannounced raid on my home.’”

Reinhart, by his own admission, represented Epstein’s private pilot, his personal scheduler, and his “Yugoslavian sex slave” Nadia Marcinkova. The former employees received immunity on behalf of the US Attorney’s office for their cooperation in the investigation that led to Epstein’s arrest.

In 2018, Reinhart was the target of a civil lawsuit by several of Epstein’s victims who accused him, according to The New York Post, of “violating Justice Department policies by switching sides in the middle of the Epstein investigation,” which heavily implies he divulged sensitive and protected information from the prosecutors which could have positively impacted the trial in favor of the defendants.

Epstein died in prison after only serving roughly a year, and according to official reports committed suicide, though credible experts have disputed that cause of death.

As the media began to report on the information regarding Reinhart’s personal and professional life, the Epstein connection caught the eye of Masvidal, who went back to Twitter again to maintain heat on this subject.

“It took the FBI to raid a former president to finally get a name associated with the Epstein saga and it ends up being the judge that signed the warrant?”

Masvidal’s tweet also referenced that since Epstein’s death and the sentencing of his former confidant, Ghislaine Maxwell, none of the names of Epstein’s clients or other business connections have been released since those documents were sealed by a federal court. Maxwell has been sentenced to 20-years in jail.

What are your thoughts on this explosive situation?