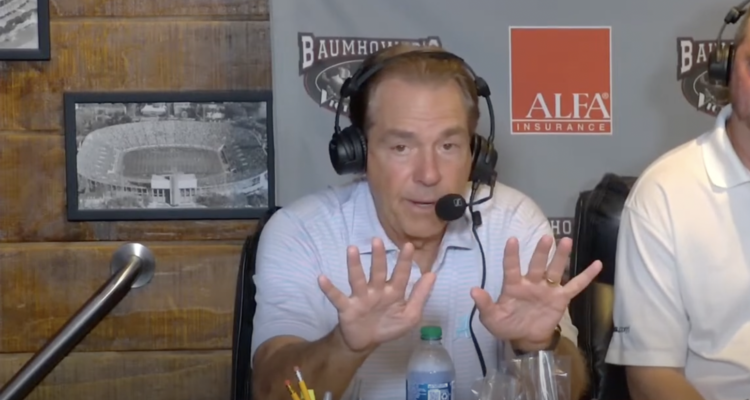 Alabama Coach Nick Saban has a way with words, and when it comes to reporters asking him questions about games that are not even close to being soon on this seasons calendar, he’s calling them “rat poison,” especially since the Crimson Tide haven’t even touched the field to compete yet.

“I think the rat poison this year, not to bring up a sore subject, it’s worse than ever,” said Saban. The “rat poison” remark seems to be a Saban classic. The coach went viral a few years ago when he absolutely tore into the media for giving his players false confidence with over-sensationalized predictions and stories.

“The rat poison you put out there this week was yummy.”

When discussing this with the press on Thursday night, Saban stated his concern was that he wished people were more focused on the upcoming game with Utah State this weekend than their eventual game with Texas.

As of now, Alabama is the betting favorite against Texas, but college football fans are already extremely excited about the eventual face off with Utah since Saban is attempting to paint that game as far more competitive than people might expect.

“This team (Utah State) can play really in any conference and do well,” Saban had said earlier this week.

What fans will definitely be observing this weekend when Alabama faces Texas is how Saban compares to his previous assistant coach Steve Sarkisian, who is the current head coach for the Texas Longhorns.

How do you see this weekend’s game with Texas going? Let us know in the comments below or on social media.