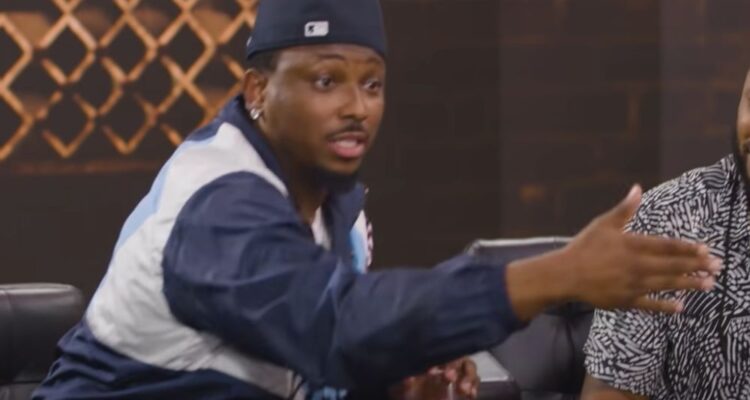 Retired Pro Bowl running back LeSean McCoy did not hold back when giving his thoughts on Kyler Murray.

“He’s trash,” McCoy said on the I Am Athlete podcast. “Trash, overhyped, overrated,” he continued. McCoy went on to specifically criticize the Cardinals quarterback’s style of play.

“He plays like a high school player,” said McCoy. “Runs around, playing his game, runs backwards, does a circle, does a ballerina circle, goes left, goes right, turns all the way around again then looks for a wide receiver. He’s trash. That’s not how you play quarterback.”

I AM ATHLETE TONIGHT!

RELATED: Cardinals QB Kyler Murray Has ‘No Hard Feelings’ Towards Man Who Exuberantly Congratulated Him After Win Against Las Vegas Raiders

When challenged on his description of Murray with Kansas City Chiefs QB Patrick Mahomes, McCoy pushed back, “He ain’t Mahomes. Let me tell you about Mahomes, real quick. The majority of Mahomes’ passes are timing, right? Third step, hit, boom, balls out. Fifth step, boom, balls out. Now, sometimes he goes off script, because we can all do that. I’m running to the left sometimes. I’m running to the right sometimes, but then I might stop and cut back. I go off script.”

“Not every pass. Every pass is hold the ball, let’s make a miracle. Just watch the guy. Every game he’s played, watch him play. It’s really embarrassing to be honest. Like who’s coaching this kid?

The former Eagle then brought up a previous off-season controversy involving Murray and the Cardinals. Murray signed a massive five year, $230.5 million contract extension in July. Shortly after, it was revealed that there was an addendum in the contract that required Murray to complete “4 hours of independent study” per game week.

The addendum became a point of debate among fans, player, and pundits. Murray called it “disrespectful,” and former Oilers quarterback Warren Moon called it “a slap in the face to all African American quarterbacks.”

McCoy, though, seems to think the Cardinals were right to insist that Murray devote time to film study.

“Now it makes sense,” McCoy said. “I see why, ’cause he ain’t reading no coverages… when a quarterback is running around like that, all day, all night, all game that’s because he’s not reading any coverages. That’s facts.”

Murray’s start to the season has been relatively underwhelming. In the first four games, he’s thrown for 991 passing yards but only five touchdowns and a 65.3% completion percentage. He’s also thrown two interceptions and been sacked six times. He has only rushed 24 total times for 91 yards. The Cardinals are 2-2 on the season.

There is plenty of football left and it remains to be seen whether Murray and the Cardinals can turn it around. LeSean McCoy, however, does not seem to think so.

What do you think of McCoy’s comments? Is Kyler Murray overrated?

NEXT: WATCH: Miami Dolphins QB Tua Tagovailoa Carted Off Field On Stretcher After Being Slammed Hard Into Ground