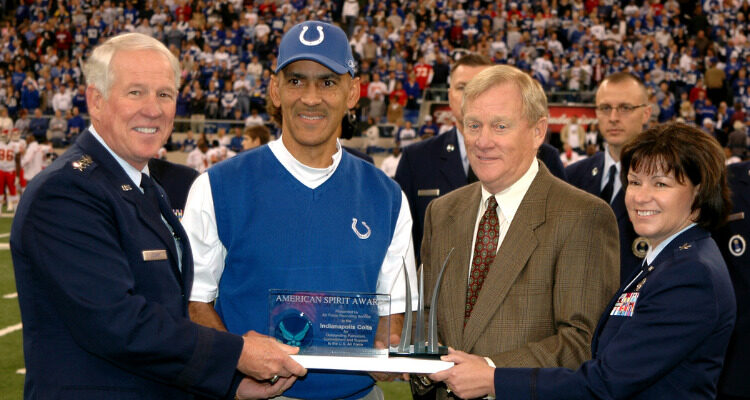 Super Bowl Winner Tony Dungy Calls Out Georgia Senator Raphael Warnock On Abortion: “What Does Your Bible Tell You It Is?”

Politico released a draft majority opinion written by Supreme Court Justice Samuel Alito declared, “We do not pretend to know how our political system or society will respond to today’s decision overruling Roe and Casey. And even if we could foresee what will happen, we would have no authority to let that knowledge influence our decision. We can only do our job, which is to interpret the law, apply longstanding principles of stare decisis, and decide this case accordingly.”

“We therefore hold that the Constitution does not confer a right to abortion. Roe and Casey must be overruled, and the authority to regulate abortion must be returned to the people and their elected representatives,” Alito asserted.

In response to the release of this draft opinion, the sitting Senator from George wrote on Twitter, “As a pro-choice pastor, I’ve always believed that a patient’s room is way too small for a woman, her doctor, and the United States government.”

He added, “I’ll always fight to protect a woman’s right to choose. And that will never change.”

Dungy responded by first questioning, “It all comes down to what you believe about the organism growing inside the mother. Is it a life or not? ”

He continued, “If it is just growing tissue then your “choice” makes sense. If it’s a life then it’s obviously not OK to choose to end it. What does your Bible tell you it is? Psalm 139:16”

Psalm 139:16 states, “Your eyes saw me unformed; in your book all are written down; my days were shaped, before one came to be.”

Lilia Olsick at The University of Notre Dame explains this passage saying, “The distinctive truth that resonates is that every life narrative has already been determined and recorded by God. By accepting this truth that the psalmist provides, one is driven to seek out a meaningful life.”

“By affirming that every life has a purpose, it seems unlikely that an unborn child has already fulfilled God’s plan. Therefore, after addressing the message of wisdom in this verse, one must conclude that God has already mapped the days of life beginning at conception,” she adds.

Dungy would also respond to a user who claimed, “If you’re using the Bible to legislate or to adjudicate, you may be in the wrong country.”

“I’m talking to the ‘Christian pastor’ who professes to follow the Bible but thinks we’re free to ‘choose’ when to end another person’s life,” he added.

This isn’t the first time that Dungy has questioned Warnock when it comes to his claim of being a pro-choice Christian.

Back in 2020, Dungy wrote, “Rev Warner may be a pastor. My question would be ‘Is he a Christian?’ That is, does he follow the teachings of Jesus and does he believe that the Bible is the absolute word of God?”

As part of that thread, Dungy would also reference Psalm 139 tweeting, “I would think it would be difficult for someone who believes that God sees us when we are in the womb (Psalm 139:13-16) to think that it is OK to choose not to bring that life to fruition.”

He would also tweet, “The question raised to me was ‘could Christian pastors be pro-choice?’ My response was if ‘pro-choice’ means in favor of legal abortion I didn’t see how that is biblical.”

What do you make of Dungy questioning Warnock?