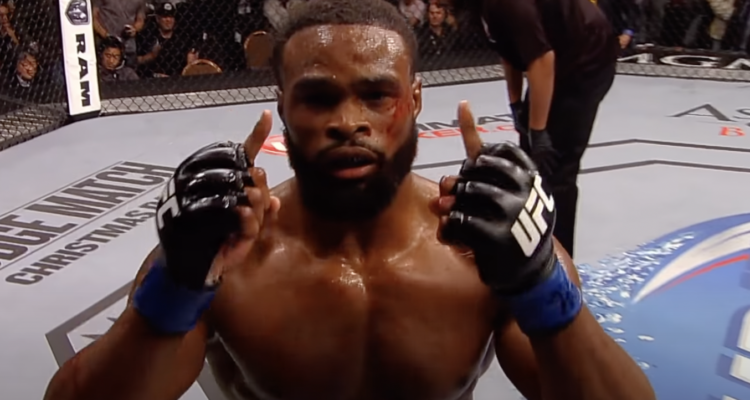 Tyron Woodley isn’t a stranger to harsh physical conditioning and tough training, but this former UFC Welterweight Champion has some thoughts of his own to share with those that don’t take the world of professional wrestling seriously.

The experience obviously gave Woodley a new respect for the work and dedication pro-wrestlers put towards their craft. “And you getting hit. When you hit the ground, I’m like, ‘S***, I thought there was like, a microphone underneath there to make a lot of noise.’ No, you’re hitting that m**********. Shoutout to the pro-wrestlers,” Woodley concluded.

Woodley’s story came in response to a question as to whether he’d consider a future in pro-wrestling, which he said he’d be open to exploring. He certainly wouldn’t be the first UFC champ to switch fields though, since former women’s bantamweight queen Ronda Rousey joined the WWE SmackDown in 2018.

The last fight between Woodley and Paul only came about because Paul’s initial opponent, Tommy Fury, dropped out several weeks prior. Woodley accepted the follow-up fight with Paul on short notice, eventually losing however as the result of a total knockout.

Would you like to see Tyron “The Chose One” Woodley make the jump into professional wrestling?