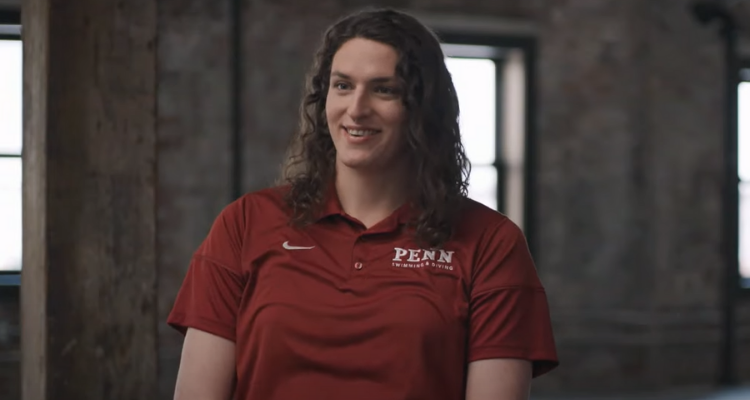 Men swim faster than women. This indisputable fact is fueling doctors and other experts to weigh in on the undeniable role that biology plays in competitive swimming.

Is it fair to allow transgender athletes to compete against biological females? This question is echoing through the halls of the competitive swimming world in the wake of the NCAA’s 2022 championships where the University of Pennsylvania’s William Thomas, who now claims to be a woman and goes by Lia Thomas, won the 500 freestyle event. Now doctors and other experts are weighing in on the definitive role that biology plays in swimming.

In response to the controversy, Michael J. Joyner, a doctor at the Mayo Clinic in Rochester, Minn. who studies the physiology of male and female athletes, told the New York Times that swimming is a perfect sport to compare male and female performance because competitors follow similar training regimens.

In response to the fact that records for elite adult male swimmers average 10-12 percent faster than the records of elite female swimmers, Dr. Joyner explained the phenomenon, “There are social aspects to sport, but physiology and biology underpin it.” Dr. Joyner added, “Testosterone is the 800-pound gorilla.”

“You see the divergence immediately as the testosterone surges into the boys [post puberty],” Dr. Joyner said. “There are dramatic differences in performances.”

To allow female transgender swimmers to compete the NCAA required that these competitors undergo a year-long testosterone suppressant regimen in an attempt to tone down their biological advantage. Although Thomas followed this regimen, he still saw significant competitive improvement over his male performance records. In one race this season he won by a 38 second margin.

A sports physiologist who specializes in athletics told the New York Times that “Lia Thomas is the manifestation of the scientific evidence. The reduction in testosterone did not remove her biological advantage.”

Trans Women “Not a threat to women’s sports”

Until recently Thomas has been reticent in speaking to the media. He did one interview with Sports Illustrated where he simply shared that “I’m not a man. I’m a woman, so I belong on the women’s team.”

Thomas recently followed up these comments with an ABC News interview where he clarified his stance.

“Trans women competing in women’s sports does not threaten women’s sports as a whole,” Thomas said. “There’s a lot of factors that go into a race and how well you do and the biggest change for me is that I’m happy. Trans people don’t transition for athletics. We transition to be happy and authentic and our true selves.”

Thomas’s teammates and other women who competed with him do not all share these sentiments. In fact, Tomas’s own teammates at the University of Pennsylvania as well as swimmers at Princeton sent official letters of complaint about Thomas’s obvious physical advantage against biological women.

“To ignore these [biological advantages] was to undermine a half-century fight for female equality in sport,” those swimmers complained.

The World Swimming Coaches’s Association (WSCA) recently issued a statement on transgender swimmers calling for separate categories for males, females and trans males and trans females to account for the biological differences.

“Our agenda for the sport of swimming is to be experienced in an environment where everyone can partake in the sport and where everyone is treated with both dignity and respect,” the statement said. “However, the inclusion of transgender people into female sport cannot be balanced with fairness due to the retained differences in strength, stamina and physique that are present when comparing the average female with the average transgender female/non-binary person who was assigned male at birth (whether with or without the involvement of testosterone suppression).”

The statement explains that the Paralympics are an example of a sports event that uses biology as the determining factor for creating competition categories.

This is a solution that certainly appeases the many female swimmers who are speaking out against the NCAA’s inclusion of Thomas in the women’s division this season.

Gaines tied with Thomas for 5th place in the 200-yard freestyle at the National Championship.