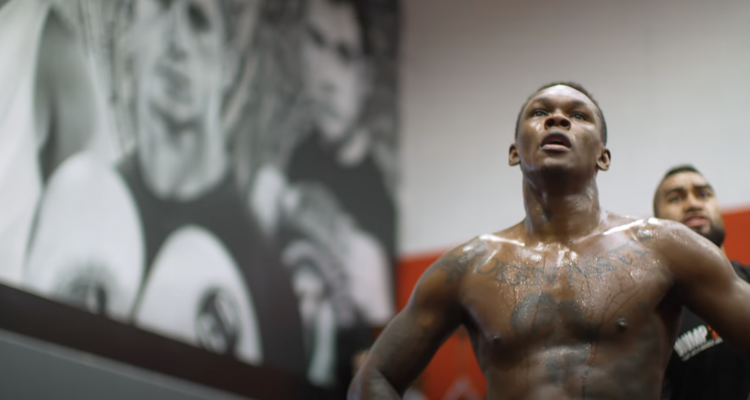 International Fight Week is finally here! Which means that UFC 276, one of the biggest MMA cards of the year, takes place this weekend.

As of this writing, there are still four fights set for the main card on Saturday even as the UFC searches for a last minute replacement for Miesha Tate after her original opponent Lauren Murphy tested positive for COVID-19.

For the main event, The UFC Middleweight championship (185 Pounds) will be on the line as the reigning champion Israel Adesanya (22-1 MMA, 11-1 UFC) faces off with #2 ranked challenger Jared Cannonier (15-5 MMA, 8-5 UFC).

Adesanya is undefeated at Middleweight and is looking for his fifth successful title defense against Cannonier, who is 5-1 in his last six fights since moving to the Middleweight division, including four victories by TKO/KO. Adesanya is the heavy favorite going into the fight with Vegas odds coming in at -400 versus a +295 odds on Cannonier as the challenger.

Adesanya’s only defeat comes after a failed attempt to challenge then-champion Jan Blachowicz for the Light Heavyweight Championship (205 pounds) belt last year. Cannonier’s only defeat in the last four years came at the hands of former Middleweight champion Robert Whittaker.

Volkanovski who is currently the #2 Pound 4 Pound best fighter in the UFC, first defeated Max Holloway to become the new Featherweight champion back at UFC 245 in Las Vegas via unanimous decision (48–47, 48–47, 50–45).

Seven months ago, the two rematched at UFC 251 in Abu Dhabi, United Arab Emirates. The second fight was far closer than the first but Volkanovski  once again defeated Holloway this time by split decision (47–48, 48–47, 48–47).

Since then, Volkanovski has powered through challengers Brian Ortega and Chan Sung Jung on route to his 21st straight victory and a perfect 11-0 record in the UFC.

Holloway has remained the no.1 contender at 145 by defeating Calvin Kattar and Yair Rodríguez and earned a 2nd shot at regaining his championship title. Volkanovski is the only person to have defeated Holloway at Featherweight since 2013. Volkanovski is currently a -190 favorite over Holloway who is a +160 favorite.

Also on the card, a battle between two middleweights that could decide the next challenger to the UFC Middleweight championship. Sean Strickland (25-3 MMA, 12-3 UFC), known for his sound bite and blunt personality, faces off against UFC newcomer Alex Pereira. Pereira is only 5-1 in MMA with two wins in the UFC, but Pereira holds a KO win over UFC champion Israel Adesanya in kickboxing. It was the only time Adesanya has even been knocked out in either MMA or Kickboxing. Strickland is a slight underdog over Pereira at +100 in a fight that is considered a pick-em.

Finishing out the card is UFC rising star Sean O’Malley (15-1 MMA, 6-1 UFC) who gets his toughest test to date in Pedro Munhoz (19-7 MMA, 9-7 UFC). Sean O’Malley’s last five victories in the UFC have all ended in TKO or KO. He’s going up against Munhoz, who has never been knocked out in his MMA career. O’Malley is a -280 favorite in the fight.

The early Prelims fights for UFC 276 Start at 6PM EST. Prelim fights start at 8PM EST and the Main Card starts at 10PM EST. All Prelim fights will be available on ABC and ESPN+.

Which fighters do you think are going to rise to the occasion this weekend?