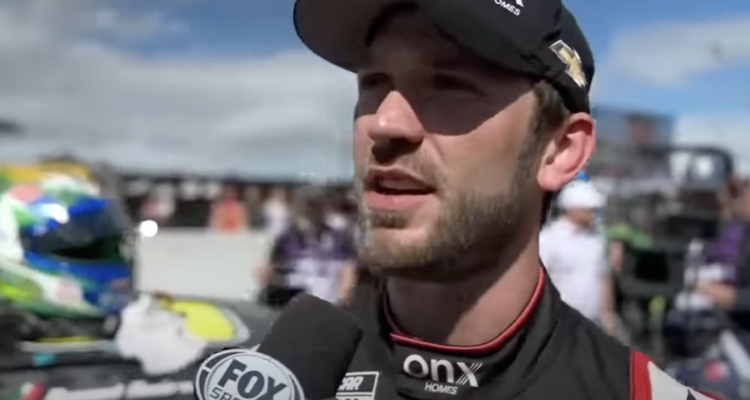 You probably read the title and thought this was a joke or something. Nope, this is real. Everything about it is real, including all the cash that exploded out of the piñata as NASCAR driver Daniel Suárez attempted to hit that thing into oblivion after it was pitched by, of all people, Pitbull.

When @pitbull throws you a taco piñata, there’s only one thing to do!! 🌮 pic.twitter.com/exR4oFlLKd

Suárez, who drives the number 99 car for Trackhouse Racing, celebrated a career milestone this month for his recent NASCAR Cup Series win.

Being known as the guy who knows how to celebrate, Suárez and the Trackhouse team decided to continue their tradition of smashing piñatas into hundreds of pieces to commemorate this special occasion. To top it all off, Trackhouse co-owner Pitbull made a special appearance, to of course, toss the large taco piñata.

A @Daniel_SuarezG win celebration isn’t complete without @pitbull and a taco piñata 🌮 🤑 pic.twitter.com/gCB0tIJN1g

The recent victory at Sonoma Raceway marks the team’s third win this year and Suárez’s second season driving for Trackhouse Racing. Additionally, it also stands as the first time a Mexican-born driver has ever won a Cup Series race in NASCAR history.

The 30-year-old driver previously drove as part of the Telcel Racing team in the NASCAR Toyota Series in Mexico, as well as in the NSACAR K&N Pro Series East while driving for Rev Racing. In 2016, Suárez, then driving for Joe Gibbs Racing, became the first non-American to win a series championship. The only other latino driver to have won a Cup Series previously was Columbian Jaun Pablo Montoya in 2019.

In an interview with the Associated Press after the win at Sonoma Raceway, Suárez said “It’s been a rough journey in the Cup Series, and these guys believed in me. I have a lot of people to thank in Mexico. My family, they never gave up on me.”

“I’m fortunate to be that driver that the whole Hispanic community can connect with,” he continued. “I feel like I have an entire country and community behind me. The people wearing red shirts today, those are my people. Some of them, they have exactly the same journey I have — coming from Mexico, not knowing the language, trying to find an opportunity, having goals and trying to make that dream happen. These are my people, and I feel lucky to be the person to represent all of them.”

What is one of your favorite celebratory moments in NASCAR history?