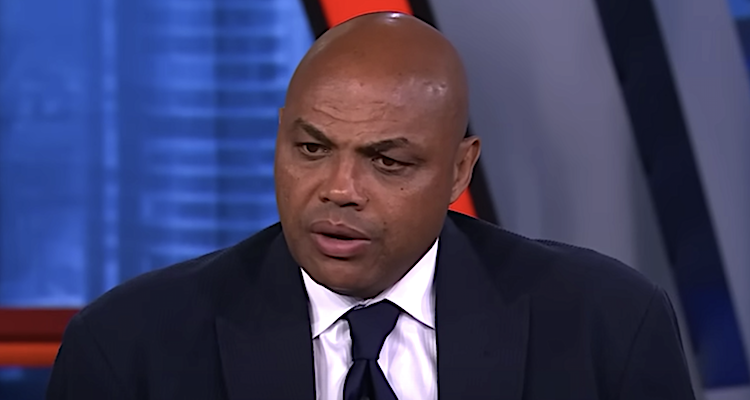 Charles Barkley via NBA on TNT

Charles Barkley Comes Out In Full Force Against Critics Of Saudi-Backed LIV Golf, Compares Civil Rights In The US To Saudi Arabia

Former NBA Hall of Famer and current TNT analyst Charles Barkley has come out in full force against those critical of the Saudi-backed LIV Golf, encouraging people to focus on the civil rights in the United States rather than on Saudi Arabia.

RELATED: Former NBA Star Charles Barkley Says “F—K You” To Those Who Give “S—T” To LGBT Community, Days After Announcing Meeting With Saudi-Backed LIV Golf

“I don’t deal with this selective… the prosecution, you know, everybody picks and chooses,” said Barkley in a recent interview on the Dan Patrick Show regarding the “criticism that hurts the most” about his potential involvement with LIV Golf.

“I say, you don’t worry about civil rights of people here in the United States but all of a sudden, when guys start taking money, you’re like, ‘I’m worried about civil rights in Saudi Arabia’ and that just makes me laugh,” the former NBA star declared.

As he concluded, Barkley proposed, “Why don’t you all get worried about civil rights here in the United States? Let’s worry about that before we worry about what’s going on in Saudi Arabia?”

Interestingly, the former Hall of Famer has been sharing some fairly contradicting opinions in the past few weeks that can come across as both uneducated and hypocritical.

Just last week, Barkley confirmed he’s in talks with LIV for a potential analyst position within the Saudi-backed organisation, but he also recently slammed individuals who do not advocate for the LGBT community.

During an event at the Harveys Lake Tahoe casino in Las Vegas, Nevada, the former NBA star declared, “I want to say this: If you are gay and transgender, I love you. And if anybody gives you s—t, you tell them Charles said, ‘F—k you!’”

Charles Barkley: “If you are gay or transgender, I love you. And if anybody gives you sh*t, you tell em Charles says ‘f**k you!’”

Barkley’s comments were received rather poorly, considering that at the time there were rumours doing the rounds that suggested the TNT analyst was not only being courted by LIV Golf but the fact that he was also very open to the idea of working for the organisation funded by the Public Investment Fund of Saudi Arabia.

During an episode of The Next Round podcast, the former NBA star put an end to the rumours, declaring, “I’m going to meet with LIV. They called me and asked me would I meet with them and I said, ‘Yes.’”

He did make it clear that “Nothing is imminent” at the moment, adding, “I actually don’t know everything they want from me or what they technically want me to do, but you’ve got to always look at every opportunity that’s available.”

“So, the answer to your question is 100 percent yes, I’m going to meet with LIV,” Barkley stated in response to the host’s question about the rumours going around about LIV Golf executives attempting to sign him.

Saudi Arabia is likely the most anti-gay country in the world, where homosexuality is illegal and punishable by death, and Barkley must be well aware of this fact; thus rendering his comments hypocritical, as he seems to have no problem accepting money from anti-LGBT Saudi Arabia.

Regarding his comparison between Saudi Arabia and the United States’ respective human rights policies, Barkley’s rather unfocused take seems to stem from the fact that he doesn’t quite know how to pander to neither of the aforementioned countries.

A poll conducted by Fox News earlier this month revealed that an 84% of Americans think “Saudi Arabia’s track record on human rights is a problem, with over half calling it a major problem,” with only an 11% believing that the Western Asian country’s human rights abuse record is not an issue.

The study also noted, “More than 8 in 10 Democrats, Republicans, and independents think the kingdom’s human rights record is an issue.” Further, the poll determined that 47% of voters are uncomfortable with the idea of the United States purchasing oil from Saudi Arabia.

Yet again, Barkley doesn’t seem to have an issue with Saudi Arabia’s civil rights if a job offer is on his plate, but he won’t hesitate to lecture fellow Americans about the country’s civil rights any chance he gets.

What do you make of Barkley’s comments about Saudi Arabia? Sound off your thoughts in the comments section down below or on social media.

NEXT: Donald Trump Urges Golf Players To Join LIV Ahead Of Potential PGA Merger: “If You Don’t Take The Money Now, You Will Get Nothing”