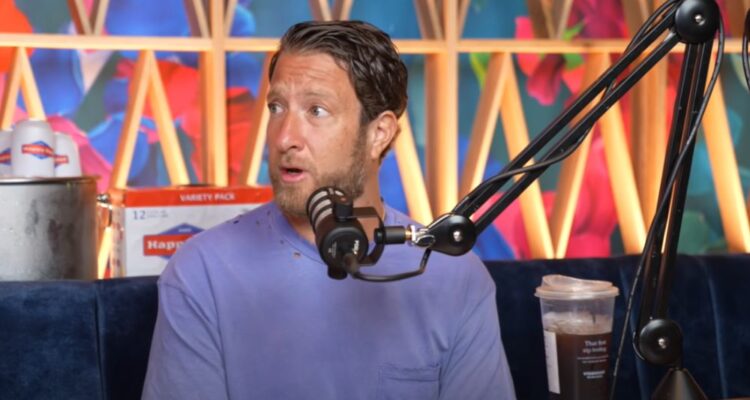 Barstool Sports founder Dave Portnoy admitted he does not care about integrity and that his main priority is the accumulation of physical wealth after an exchange with comedian and satirist Alex Stein.

Barstool Sports originally shared a clip of Stein attending a Las Vegas City Council meeting, where he complains about gambling and its effects on the citizenry.

However, the outlet would delete the clip and Stein would respond to the deletion tweeting, “It’s so cute that Barstool Sports is owned by Dave Portnoy who is accused of the most heinous things but they are afraid to keep my content up.”

Portnoy responded to Stein explaining why the tweet was deleted, “Buddy shut the f*** up. We are owned by a gambling company. We’ve had roughly 9000 training sessions not to post s*** like this cause regulators don’t like it.

“Gaz was too busy chewing gum and posted it without watching it. Go back to whatever hole you crawled out of,” he added.

Portnoy then tweeted, “I f***ing hate this guy Alex Stein and will now actively root for his demise.”

Not only did he direct his ire toward Stein, but he also targeted Stein’s fans responding to one who write, “Was a massive supporter of yours Barstool & your whole vibe during the pandemic. Tate made you look like a massive feminist beta & you are the king fence sitter. Enjoy rooting for abortions & women controlling you.”

Portnoy responded, “Oh so this is Alex Stein crowd. Got it.”

Portnoy would then further explain why he had the tweet deleted and why he hates Alex Stein.

He wrote, “And let me clarify why I hate Alex Stein. I hate losers who make everything political on both sides. Gaz posted his video without watching it all. It started going viral so Gaz went back and looked again. When he watched the full vid he saw the gambling stuff.”

In a subsequent tweet he added, “Literally the only thing we don’t do is make ‘problem gambling’ jokes so he took it down. Not a hard trade for 500 million. I didn’t even know who this clown was or that the vid existed till he tagged me talking s*** and getting personal. So yeah I f***ing hate his guts.”

As you can see in the video above, Stein opens up with the problems with gambling so Portnoy’s explanation about Gaz not watching all of the video doesn’t really pass the sniff test. After announcing his name and then confirming it he opens up with casinos giving their patrons free drinks in order to get them to gamble more.

Nevertheless, Portnoy would completely break in a follow-up tweet where he revealed he’s seemingly controlled by greed. He wrote, “NO DAVES A PUSSY CAUSE HE WONT KEEP UP 1 PROBLEM GAMBLING JOKE HE DIDNT EVEN KNOW ABOUT! I’D RATHER BE A BROKE ASS WORKING FOR A LOW TEIR PUBLICATION AND HAVE MY PRIDE THAN HAVE MULTIPLE OCEAN FRONT MANSIONS!!! WHAT A PUSSY!”

Not only did Portnoy reveal he’s easily manipulated via his greed, but he then tried to mock Stein for taking the true and just position against the murder of innocent babies.

He shared a clip of Stein addressing murder advocates in Texas where Stein says, “You are a baby murderer, you know that. Whether you want to admit it or not, you guys murder babies. You are disgusting.”

Portnoy responded to the clip writing, “This guy? Anybody who does this is a piece of shit. I don’t care what side of any issue you’re on if this is how you conduct yourself you’re a POS.

“I already apologized slightly to Gaz for not researching him before responding. Ill never mention Alex Stein again,” he added.

This guy? Anybody who does this is a piece of shit. I don’t care what side of any issue you’re on if this is how you conduct yourself you’re a POS. I already apologized slightly to @stoolsalesguy for not researching him before responding. Ill never mention @alexstein99 again https://t.co/hhPFyIGqOP pic.twitter.com/t2lxyAWpVm

Ironically, Portnoy recently mocked a Little League baseball player for showing good sportsmanship to an opponent. After a batter got hit in the head by a wild pitch, he went out to console the pitcher who was visibly shaken by what he had done. Portnoy called the batter’s action “dumb.” He then proceeded to call his good sportsmanship “pattycakes” in an attempt to humiliate the batter.

Portnoy then doubled down on the assertion that his greed for money is more important than integrity sharing a screenshot of a Twitter DM conversation with Stein.

Portnoy then tried to declare himself the winner sharing another DM message where Stein wrote, “That you made from getting children addicted to online gambling…Congratulations.”

The Barstool Sports founder responded, “And just like that you walked into a knock out punch.”

He captioned the messages writing, “Somebody getting soft know. The king always wins.”

He then declared, “Goodnight everybody. Good clean knockout tonight. Nobody beats the champ. Nobody.”

Dave Portnoy makes it abundantly clear that he is a terrible role model, a bad leader, and a person of bad morals. No one should look to him, and if they do look to him it should be used as an example of what not to do.

Hopefully, Portnoy will eventually see that himself and change his ways, but it doesn’t look like that will happen any time soon.