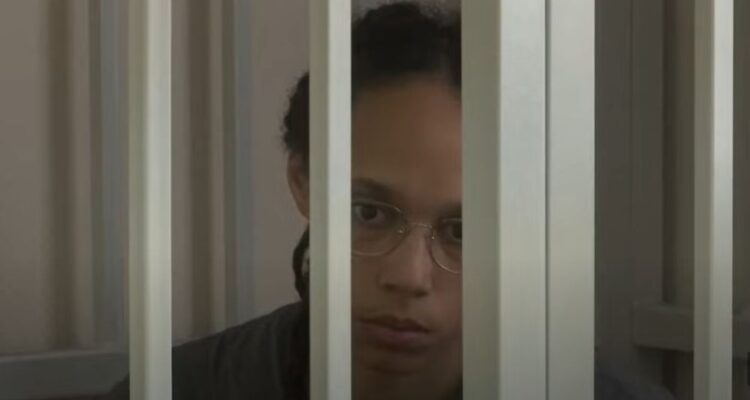 WNBA player Brittney Griner and her legal team appealed her 9-year prison sentence after she was found guilty on drug trafficking and possession charges.

Griner was initially arrested by Russian authorities in February and would plead guilty in July telling a Russian court, “I’d like to plead guilty, your honor. But there was no intent. I didn’t want to break the law.”

The court would find Griner guilty at the beginning of August and sentence her to 9 years in prison and fine her one million rubles or the equivalent of $16,200.

According to Reuters, one of Griner’s lawyers Maria Blagovolina informed them that an appealed had been filed.

Another lawyer, Alexander Boikov, who represented Griner in court, told them, “We demand to overturn the verdict passed by the Khimki court and impose a new sentence.”

The outlet also detailed, “He said the appeal would be mainly based on alleged violations in the course of the investigation. Griner’s defense team argued in court that some of her case files had been drawn up without being translated for her into English.”

The Biden administration contends Griner has been wrongfully detained with President Joe Biden issuing a statement to that effect following Griner’s sentencing earlier this month.

“It’s unacceptable, and I call on Russia to release her immediately so she can be with her wife, loved ones, friends, and teammates,” he added.

Russian Foreign Ministry spokeswoman Maria Zakharova rejected this assertion pointing to Griner’s guilty plea, “Let me remind you, Griner was smuggling cartridges of liquid for smoking, which contained hashish oil. The basketball player herself admitted this, since there was no point in denying it.”

She then pointed to the recent FBI raid on President Donald Trump’s home at Mar-a-Lago, “At the same time, the White House refuses to comment on the investigation around Trump and the seizure of certain documents related to the White House from him. Complete silence, although we are talking about American justice and law enforcement.”

There are also reports that the United States is attempting to obtain Griner’s freedom via a prisoner exchange that would involve her, former Marine Paul Whelan, and arms dealer Viktor Bout.

Russian Foreign Minister Sergei Lavrov indicated that Russia is willing to discuss a prisoner swap, “We are ready to discuss this topic, but within the framework of the channel that was agreed upon by Presidents Putin and Biden.”

He also warned, “If the Americans decide to once again resort to public diplomacy… that is their business and I would even say that it is their problem.”

Adding to Lavrov’s rumor was one issued by Kremlin spokesman Dmitry Peskov who said, “The Americans have already made that mistake, suddenly deciding to use megaphone diplomacy to resolve these issues.”

“This is not how they are resolved,” he bluntly stated.

What do you make of Griner’s defense team appealing the sentence?