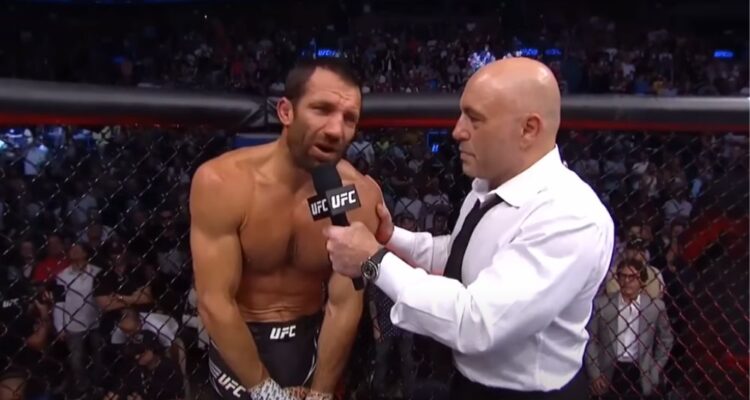 Luke Rockhold did not mince words this week when he was asked about the UFC’s business practices.

On Wednesday, the former UFC and Strikeforce middleweight champ appeared on Ariel Helwani’s MMA Show in anticipation of his UFC 278 bout with Paulo Costa. However, the conversation quickly shifted to Rockhold’s relationship with the UFC.

“After losing the title, you get disrespected,” Rockhold said. “This is a mafia, the UFC. … There’s no rhyme or reason in this game, and when you lose your leverage, these people try to step on you, and then you just fight back, and it’s a constant fight. It’s annoying. It’s f****** sick, it’s disgusting. It needs change, and I’m not scared to say it.”

RELATED: UFC Welterweight Champion Kamaru Usman Blasts Our Narcissistic Culture, Says Most Motivating Thing For Him Is Being An Example To His Daughter

Rockhold continued his criticism during the UFC’s media day on Wednesday. He specifically criticized their bonus structure and called for them to implement a health care plan.

Calls to increase fighter pay in the UFC are nothing new. In fact, UFC heavyweight champ Francis Ngannou has made similar comments. Ngannou showed support for Rockhold via Twitter earlier this week.

UFC boss Dana White fired back at Rockhold in an interview with TSN’s Aaron Bronsteter.

“Luke Rockhold was above and beyond taken care of with the issues that he had here,” White told Bronsteter. ” I don’t give a s**t what health insurance plan you have. They would have never covered the things we covered for Luke Rockhold when he was going through his stuff. So, everything he said was absolute f***ing gibberish and absolute bulls**t.”

Rockhold fought this past weekend for the first time in three years. Despite his criticism, the UFC still seems to hold him in high regard, as his bout with Costa was in the co-main event slot.

In a post-fight interview he appeared to announce his retirement from the UFC. “I’ve been through so much last few years. Thank you, fighting. Thank you, UFC. Thank you, Joe. F*** it. I can’t do it anymore. I gave it my all and I just didn’t — f*** I’m old.”

What do you think of Rockhold’s comments?

NEXT: Khamzat Chimaev On Facing Nate Diaz At UFC 279: “I Kill Him, You Know, And Kick Him Out”