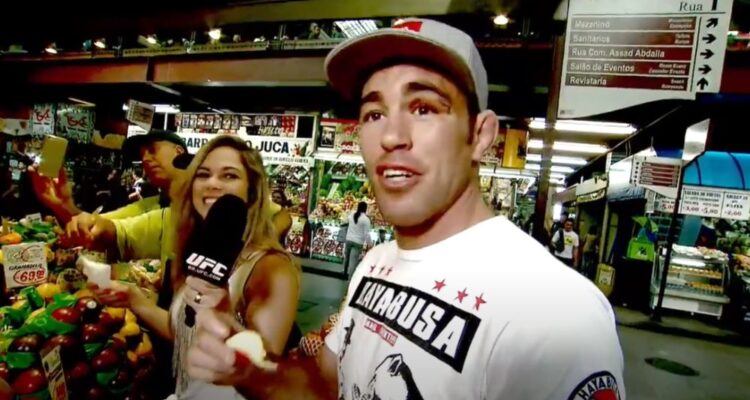 Former Strikeforce Champion Jake Shields, who claimed the Middleweight Championship in 2009 after it was vacated by Cung Le by defeating Jason Miller, claims the “parents suing Alex Jones are just opportunists to get rich off their own kids deaths.”

As reported by Law & Crime, Jones is being sued by eight families of victims in the Sandy Hook shooting and one FBI agent. Their complaint states, “Defendant Alex Jones is a conspiracy-theorist radio and internet personality who holds himself out as a journalist. He is the most prolific among those fabricators. But he does not work alone: along with his various business entities, Jones is the chief amplifier for a group that has worked in concert to create and propagate loathsome, false narratives about the Sandy Hook shooting and its victims, and promote their harassment and abuse.”

It goes on to claim that “Alex Jones does not in fact believe that the Sandy Hook Shooting was a hoax—and he never has. Nevertheless, time and again, Jones has accused Sandy Hook families, who are readily identifiable, of faking their loved ones’ deaths, and insisted that the children killed that day are actually live. Jones has deliberately employed these false narratives about the Sandy Hook shooting, the victims, and their families as part of a marketing scheme that has brought him and his business entities tens of millions of dollars per year.”

The complaint also asserts, “As a result of Jones’ campaign, the families and survivors of the Sandy Hook shooting have been forced to endure malicious and cruel abuse at the hands of ruthless and unscrupulous people. On a regular basis, the families and survivors have faced physical confrontation and harassment, death threats, and a sustained barrage of harassment and verbal assault on social media.”

It then declares, “This lawsuit is about holding Jones and the other defendants accountable for the effects of their outrageous, malicious, and deeply hurtful lies.”

Jones lost the case by default and jurors are now determining how much money will be awarded to the plaintiffs.

Shields reacted to the case sharing his thoughts on Twitter writing, “The parents suing Alex Jones are just opportunists trying to get rich off their own kids deaths.”

He added in a subsequent tweet, “Yeah it’s sad their kids where killed but Alex Jones had nothing to do with it. They want to make people scared to question what ever the official narrative is.”

Shields would also respond to an individual asserting that Jones caused the harassment of the parents questioning, “Did he mention the parents by name? Did he tell People to harass them? Should we be responsible for our fans?”

Shields also responded to Surviving the Survivor Podcast co-host Joel Waldman who tweeted, “Jake, I love you. And I know you’re friendly with Alex. But you’ve got this WAY wrong. Alex is the opportunist. There’s no “narrative”. I covered this story. I was there. They were slaughtered by a lunatic. Alex made tons of dough off little kids murdered.”

Shields replied, “I’ll do more research but I do feel you have a right to get things wrong.”

He would offer a similar response to fellow MMA fighter Chris Curtis who asserted, “Bro.. Alex Jones hounded them, called them liars claimed their dead kids were actors and pretty much got people riled up which resulted in massive continuing harassment of people who just lost their kids. Come on man. F*** Alex Jones on this one. He deserves to be broke.”

Shields replied, “I need to look up exactly what he said but I think it’s important people are allowed to be wrong.”

You can watch Jones’ testimony during the trial below:

What do you make of Shields’ comments regarding the Alex Jones lawsuit?