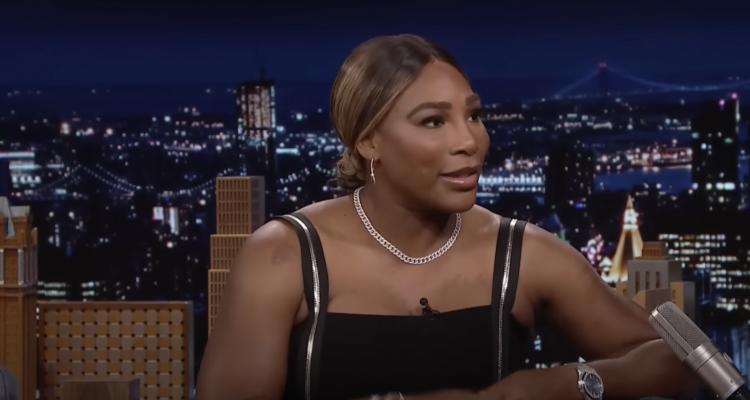 After months of being showered with attention and praise, Serena Williams is starting to suggest that her retirement from professional tennis might not actually be a real retirement after all.

The tennis legend officially ended her long and aspirational career earlier in September, but several weeks into retired-life, Williams is already telling every televised appearance she lands on that she might be un-retired before we realize she ever really left.

During an appearance on “The Tonight Show” with host Jimmy Fallon this week, Fallon inquired as to whether she’d pull a Tom Brady-esque move by announcing she was ‘unretired’ after making so much fanfare about retiring in the first place.

“Tom Brady started an amazing trend. That’s what I want to say.”

–@serenawilliams on the future of her tennis career and retirement. #FallonTonight pic.twitter.com/BdcvwrwYqr

RELATED: Serena Williams Says She Wouldn’t Have To Choose Between Retiring And Family ‘If I Were A Guy’

The joke wasn’t just a one-and-done deal though, she repeated it again during another interview promoting her upcoming children’s book during her next televised appearance on Good Morning America.

Williams told the panel of hosts on GMA, “I mean, you never know. I’ve just been saying that Tom Brady started a really cool trend.”

This could be her just getting mileage out of the joke or comparison, or she could be teasing fans and viewers by keeping them on their toes to maintain as much focus on her as possible.

Williams has made her retirement appear more like a sacrifice than a graceful end to a 27-year-long career, having griped that if she were a man, she wouldn’t have to retire so ‘young’ despite the fact that she and her husband have chosen to have another child.

During the interview with Fallon, she also made it clear that she would continue working to expand her own brand and business, continuing the transition from star athlete into entrepreneur.

“I think retirement is something that’s super-earned, that people work really hard for,” she said. “But I feel like I’m at an age where I definitely have a lot more to give, there’s a lot more I want to do, and so, I’m not going to be relaxing, there is so much more for me and I feel it’s more like an evolution of Serena.”

She added, “And there’s so many things that I’ve been wanting to do for so many years and I have such a passion for tennis for so long that I have never done it but now it’s time for me to, like, try to enjoy those things.”

Williams is currently the 321st ranked woman on the WTA Tour. She was most recently defeated in the US Open in the Round of 32 by Australia’s Ajla Tomljanovic 5-7, 7-6, and 1-6.

Do you think Williams is finally done with her days on the court? Or will she quickly jump back into competing like Brady did with the Tampa Bay Buccaneers? Let us know in the comments below.

NEXT: Roger Federer Announces His Retirement From Professional Tennis, Reveals His Last ATP Event Will Be The Laver Cup