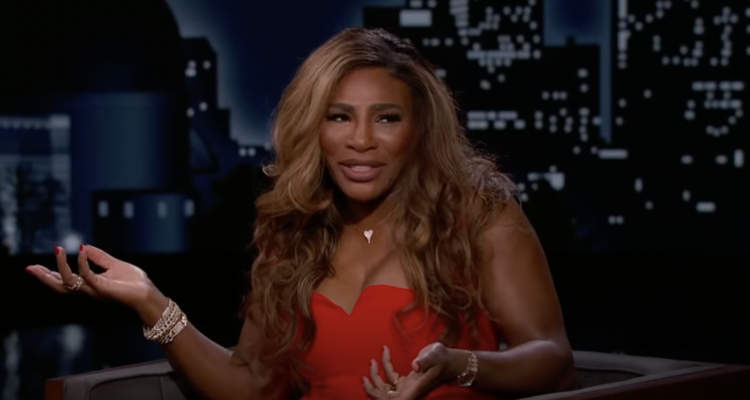 Tennis superstar Serena Williams announced she is officially retiring from the world of tennis after this year’s US Open, but is making it very clear she is doing so begrudgingly and isn’t even very keen on using the word “retirement” either.

According to Williams who penned her announcement in the most recent issue of Vogue, she’s never been a fan of “retirement.”

“It doesn’t feel like a modern word to me. I’ve been thinking of this as a transition, but I want to be sensitive about how I use that word, which means something very specific and important to a community of people,” Williams said. “I’m hear to tell you that I’m evolving away from tennis, toward other things that are important to me.”

One of those important things is having another child with her billionaire husband and Reddit cofounder Alex Ohanian. In her piece, Williams asserts that she and her husband desperately want a second child, especially since the 41-year-old former Olympian was told by doctors that there is still time to add more to their family. However, Williams then tries to make this whole thing about how unfair it is to be a female athlete making this decision compared to her male counterparts.

“Believe me, I never wanted to have to choose between tennis and a family,” Williams states. “I don’t think it’s fair. If I were a guy, I wouldn’t be writing this because I’d be out there playing and winning while my wife was doing the physical labor of expanding our family. Maybe I’d be more of a Tom Brady if I had that opportunity.”

While this could be seen as an absolute sacrifice if Williams was making this decision to step away from tennis at the very start of her career, it is not like she isn’t still going to be living a very enviable lifestyle after she “evolves” away from professional tennis.

Williams will be overseeing the operations of her own venture capital firm, continuing to own part of the Miami Dolphins, part of a National Women’s Soccer League team, a clothing line, and not to forget a list of multi-million dollar endorsement deals ranging from Aston Martin, Gatorade, Pepsi, to Delta Air Lines and many, many more.

For now, Williams can definitely take pride in helping the US Open sell more tickets. According to USTA spokesperson Chris Widmaier, Williams’ announcement resulted in an “unprecedented” number of ticket sales hours after the news broke.

What do you think? Do you think Williams makes a fair point regarding the impact of her retirement compared to male athletes?