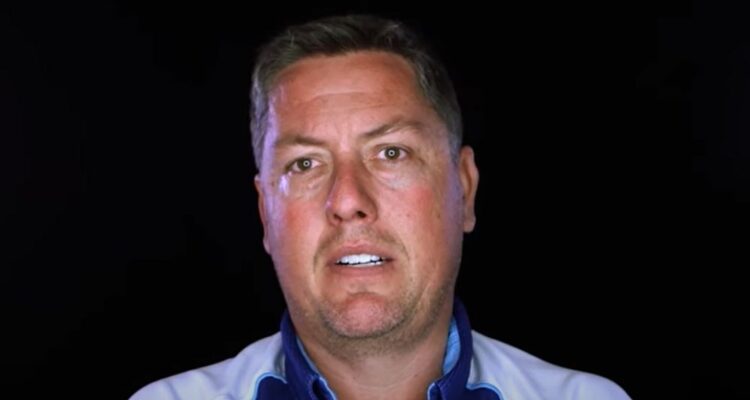 Ricky Stenhouse Jr.’s long-time crew chief in the NASCAR Cup Series, Brian Pattie, will be leaving his role in Cup for a job atop the pit box for Kyle Busch Motorsports and its No. 51 truck.

Kyle Busch Motorsports announced Pattie’s new position in a press released stating, “Veteran crew chief Brian Pattie will join the organization and will be atop the pit box for the No. 51 Chevrolet in the NASCAR Craftsman Truck Series beginning in 2023.”

He added, “I’ve known Kyle since the early 2000’s when I was his crew chief for his first handful of Busch Series races and the same determination that I saw from him back then as a driver I’ve witnessed from afar as he’s built the most successful team in the history of the Truck Series. I’m very excited for the chance to reunite with him and grateful that he has the confidence in me to come in and help carry on the winning tradition he has established, which I plan to do for many years to come.”

Busch also shared his excitement and noted how Pattie will help his team transition from Toyota to Chevrolet given he’d been working with Chevrolet for the last three NASCAR Cup season.

“I’ve known Brian since my early days in NASCAR and he’s one of the smartest and hard-working crew chiefs in all the garage, so to be able to bring a guy of his caliber to KBM is a huge win for our organization,” he said.

“He’s been a crew chief under the Chevrolet banner for the last three seasons at the Cup Level, so his knowledge of the way they operate and what tools and technologies they provide their teams will be very beneficial as we transition to that camp,” Busch added.

The press release also noted that the previous crew chief for the No. 51 truck Mardy Lindly and Kyle Busch Motorsports “mutually agreed to part ways.”

Busch said, “We appreciate everything Mardy has done at KBM and wish him the best of luck in his next endeavor.”

Pattie began as crew chief in the NASCAR Cup Series back in 1999 for Ron Fellows. In 2010 he earned his first win with Juan Pablo Montoya. He and Montoya also teamed up for 6 Top 5s and 14 Top 10s and three poles that season.

His most successful season came in 2012 where he teamed up with Clint Bowyer. The team won three races, had 10 Top 5s, and 19 Top 10s. They finished second in points that year.

Pattie will be working with Jack Wood among other drivers in the No. 51 truck. Busch announced at Phoenix this past weekend, “For our second truck lineup that will be our development program also the all-star program, if you will, where we will have the opportunity to work with Jack Wood. He’ll be our anchor driver as we’re kind of terming it for the opportunity of those races in which you have to have a guy non-Xfinity, non Cup guy. Jack’s our guy.”

“And we’re also looking forward to pairing him with none other than myself in select events as well as some other Cup Series drivers and Xfinity Series drivers,” he added.

What do you make of Pattie’s move to Kyle Busch Motorsports and the Truck Series?

NEXT: 23XI Racing President Steve Lauletta Responds To Conspiracy Theory That Joe Gibbs Racing Was Trying To Get Kyle Busch Eliminated From The NASCAR Playoffs