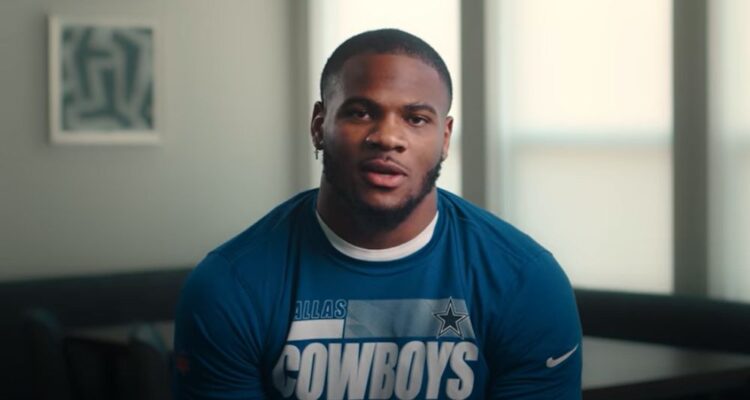 He then took a shot at President Biden who announced that Griner was returning to the United States.

Biden tweeted, “Moments ago I spoke to Brittney Griner. She is safe. She is on a plane. She is on her way home.”

In a now-deleted tweet, Parsons wrote, “We still not voting for you !”

A little over a half hour later Parsons backtracked writing on Twitter, “My last tweet was no shot at Brittney Griner. I’m super happy she’s back home as she should be. I just have family who have served and it’s crazy to me the President wouldn’t bring him home too.”

“I’m the furthest thing from a trump supporter but I’m not a fan of Biden either,” he added.

The in another set of tweets he wrote, “Just spoke to some people that I respect and trust. I should have been more educated on the topic and not tweeted out of emotion for my family and other who have served.”

“For that I apologize. Also if what I’m told about the attempts to bring Ret Marine Paul Whelan home are true then the best outcome was accomplished,” Parsons continued.

He then added, “I pray Mr. Whelan comes home but am extremely happy for Brittney and her family. I am not too prideful to admit when I’ve made a mistake.”

What do you make of Parson’s initial comments and then his deletion and backtracking?

NEXT: Boomer Esiason Suggests Joe Biden’s Administration Should Have Arrested Alexander Ovechkin To Swap Him For Brittney Griner