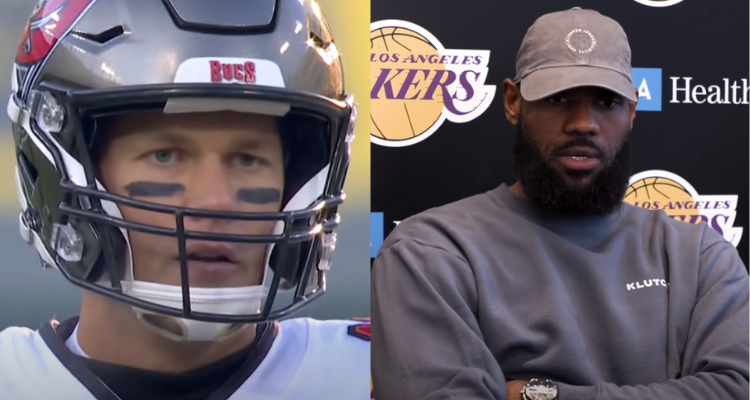 What if two of sports’ G.O.A.T’s (Greatest of All Times) go head to head in a sport that neither of them play? Would one prevail as the greatest G.O.A.T? This is the idea that legendary quarterback Tom Brady proposed to basketball icon LeBron James on Twitter this month.

In response to a Q&A hosted by James, Brady tweeted: “You and me, 5 rounds, ice hockey shootout, who wins?”

James himself was entertained by Brady’s wild idea, tweeting in response: “me but barely. May be swinging from my knees though. 🤣🤣🤣🤣🤣🤣🤣.”

Several NHL teams offered to make the challenge happen including the Columbus Blue Jackets and the Tampa Bay Lightning.

The Dallas Stars even offered the services of their goalie, Jake Oettinger.

EA Sports NHL joked that the “Winner gets to be on the next cover.”

Washington Capitals forward and shootout genius TJ Oshie even offered to join the challenge. He tweeted, “Can I get in on this?”

Oshie played a role in one of the most memorable shootouts in hockey history. The then 27-year-old, Minnesota native scored four shootout goals on six attempts to knock out Team Russia and to help Team USA advance to the Gold Medal round at the Sochi Olympics in 2014.

Due to Oshie’s obvious competitive advantage in the Brady/ James challenge some fans suggested a reality show where Oshie chooses Brady or James and is tasked with training his athlete for the contest — sounds like an entertaining show.

Who do you think would win in a hockey shootout between Brady and James?