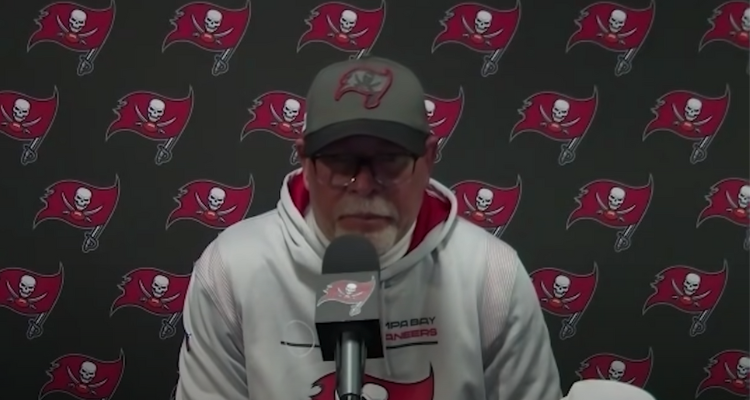 Former Tampa Bay Buccaneers coach Bruce Arians recently revealed he would still be coaching the team if Tom Brady did not come out of retirement to return as the team’s starting quarterback.

Arians stepped down as head coach of the Buccaneers at the end of March just two weeks after Tom Brady came out of retirement.

Brady initially announced his retirement on February 1, 2022 posting an image to Twitter that reads, “I have always believed the sport of football is an ‘all-in’ proposition – if a 100% competitive commitment isn’t there, you won’t succeed, and success is what I love so much about our game. There is a physical, mental, and emotional challenge EVERY single day that has allowed me to maximize my highest potential. And I have tried my very best these past 22 years. There are no shortcuts to success on the field or in life.”

He added, “This is difficult for me to write, but here it goes: I am not going to make that competitive commitment anymore. I have loved my NFL career, and now it is time to focus my time and energy on other things that require my attention.”

However, he came out of retirement a little over a month later tweeting, “These past two months I’ve realized my place is still on the field and not in the stands. That time will come. But it’s not now. I love my teammates, and I love my supportive family. They make it all possible.”

“I’m coming back from my 23rd season in Tampa. Unfinished business LFG.”

Speaking to NBC Sports, Arians explained at the end of March why he decided to step down, “It hit me after the Super Bowl. I thought really hard about going out on top. Then it was like, nah, let’s go for two. [The 2021 season] was a grind with all the injuries but still winning and getting to where we got. Immediately after, two to three weeks afterwards [I thought] … if I quit, my coaches get fired. I couldn’t do it then.”

He also explained, “Tom was kind of the key. When Tom decided to come back … and all of these guys back now, it’s the perfect timing for me just to go into the front office and still have the relationships that I love.”

As for speculation that Brady’s return and him stepping down from the position meant there was an issue between the two, Arians nipped that in the bud saying, “No. Tom was very in favor of what I’m doing. I mean, I had conflicts with every player I coached because I cussed them all out, including him. Great relationship off the field.” 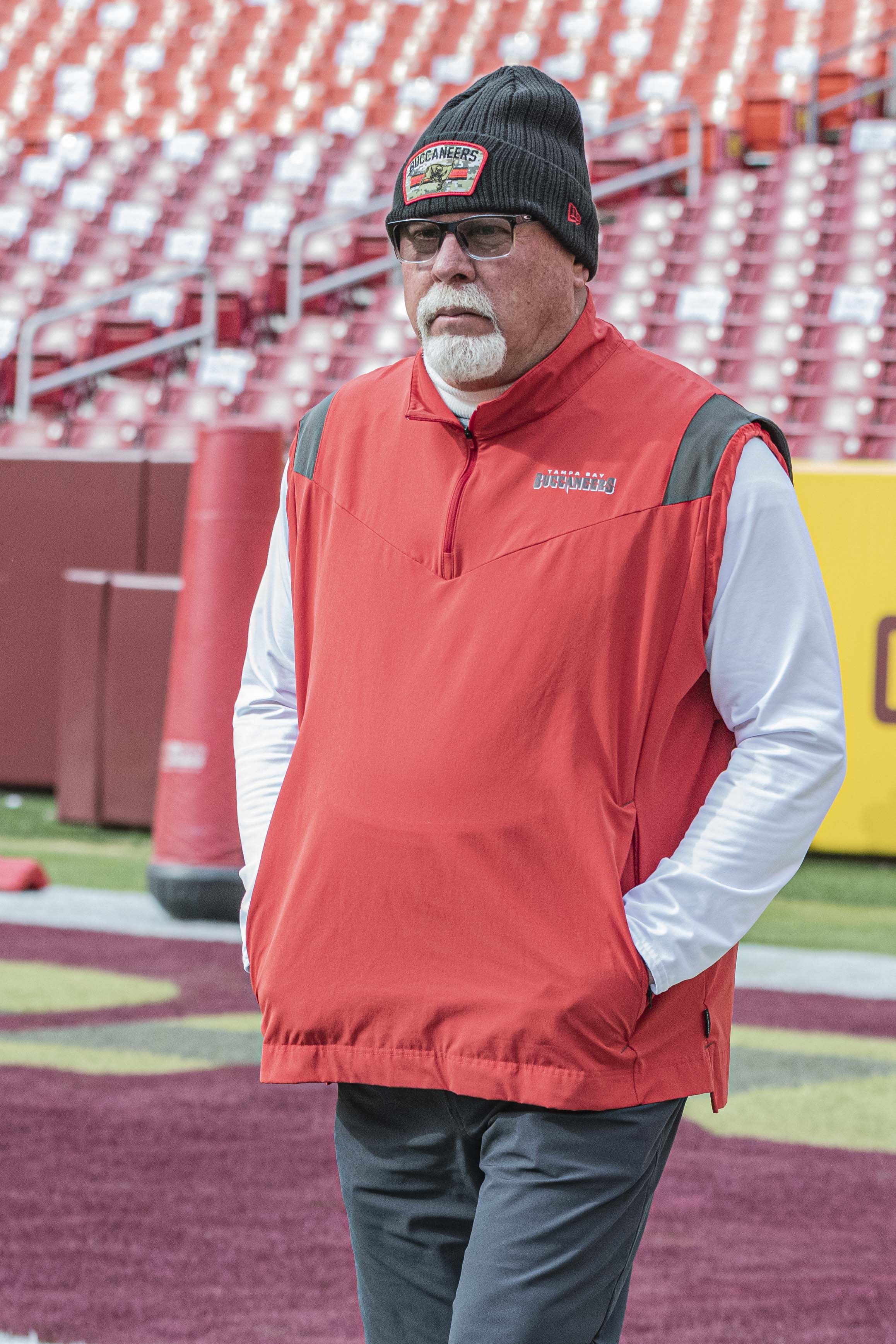 Arians would release a lengthy statement explaining his reasonings saying, “The simple answer is that I have accomplished more than I ever dreamed I could during this incredible coaching journey. Winning Super Bowl LV at our home stadium, with my mom and family in attendance, was really the last item I wanted to check off my career bucket list. For me, this is about more than just trying to add more wins to coaching my record.”

He later elaborated, “I really began thinking about my personal transition plan earlier this offseason. I wanted to ensure when I walked away that Todd Bowles would have the best opportunity to succeed. So many head coaches come into situations where they are set up for failure, and I didn’t want that for Todd.”

“Tom’s decision to come back, along with Jason and his staff doing another great job of keeping the core of this team intact during free agency, confirmed for me that it was the right time to pass the torch to Todd. I began conversations with Jason and the Glazer family a few weeks ago about a possible succession plan. Their understanding and support mean the world to me,” he declared.

Arians would go on to thank those he worked with as well as the fans of the Tampa Bay Buccaneers.

The former coach reiterated his reasons recently to the Tampa Bay Times, but also noted that he expected Bowles and the team’s offensive coordinate Byron Leftwich to have found head coaching positions in the offseason. When they were still in Tampa Bay and with Brady returning, Arians said he knew it was time for him to step aside.

He relayed, “I had a bunch of people lined up to take their jobs. When they were both here and Tom came back, I thought it was the perfect time.”

Arians did note that he was planning to move forward as the coach with Blaine Gabbert as the quarterback when Brady initially announced his retirement and noted that Brady’s decision was the one that really convinced him to step aside, “I was thinking about who are we going to get? Who wants to trade? There wasn’t anybody to draft. That was obvious. Me, to the public, I was fine with the two we had: Blaine (Gabbert) and Kyle (Trask). Because I’ve seen Blaine win with a good team behind him.”

He added, “Had Tom not come back, I probably would still be coaching. I couldn’t give Todd that situation.”

He would also address rumors about possible drama between him and Brady, “There was nothing that came between me and (Brady). It was just what I want to do. I asked if he was okay with the plan and he said, ‘Hell yeah!’”

While Arians is no longer head coach he’s still involved with the Buccaneers and detailed his role, “Let me stay and do what I want to do and have a big hand in it. It doesn’t look like a big hand, but to me it’s a big hand because I’m here. I’m on the field, I’m coaching. … I’m going to go to practice and see little things and go to Byron and say, ‘Look at this.’”

He further noted, “If I coach, those 15 wins on my resume don’t mean as much to me as succession,” Arians said. “Thirty-four families (of Arians’ assistants) have got jobs. They’re all set. They just got to win. It’s up to them, but they’re all set.”

“This is everything. It’s the golden dream for me. I get to watch it. I know what’s going to be said. You just want to make sure our guys are taken care of. And if we win another Super Bowl, I still get to be a part of it,” he concluded.

What do you make of Arians’ comments?

NEXT: Tom Brady Challenges LeBron James To A Hockey Shootout