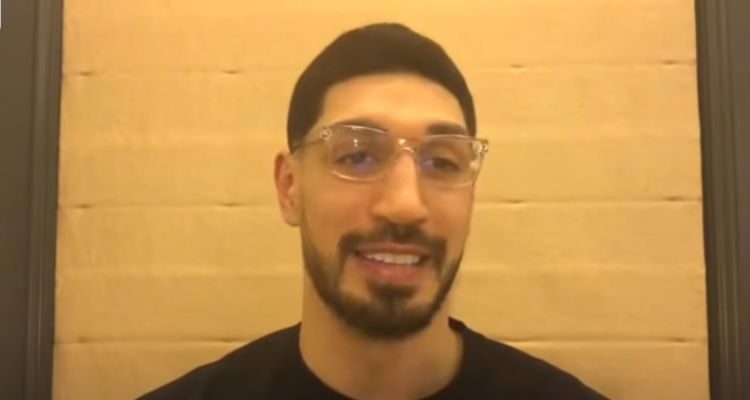 Enes Kanter Freedom Rebukes LeBron James: “You Are Free To Leave Buddy Or You Can Even Volunteer For An Exchange For Her”

Enes Kanter Freedom, a former center for the Boston Celtics, rebuked Los Angeles Lakers forward LeBron James after he posited Brittney Griner might reconsider returning to the United States after being imprisoned in Russia.

Griner recently plead guilty to drug charges earlier this month after she was detained in February entering Russia with .7 grams of cannabis oil. She told the court in English, “I’d like to plead guilty, your honor. But there was no intent. I didn’t want to break the law.”

She had previously petitioned President Joe Biden to obtain her release with part of her letter to him stating, “As I sit here in a Russian prison, alone with my thoughts and without the protection of my wife, family, friends, Olympic jersey, or any accomplishments, I’m terrified I might be here forever.”

“I realize you are dealing with so much, but please don’t forget about me and the other American Detainees,” Griner also wrote. “Please do all you can to bring us home.”

James reacted to Griner’s detention in a promotional trailer for an upcoming episode of HBO Max’s “The Shop” where he says, “Now, how can she feel like America has her back? I would be feeling like, ‘Do I even want to go back to America?”

James would take to Twitter to try and clarify his comments after he received significant backlash writing, “My comments on ‘The Shop’ regarding Brittney Griner wasn’t knocking our beautiful country.”

James added, “I was simply saying how she’s probably feeling emotionally along with so many other emotions, thoughts, etc inside that cage she’s been in for over 100+ days! Long story short #BringHerHome.”

Enes Kanter Freedom reacted to James’ comments sharing his thoughts to Twitter writing, “You call it a step back, we call this a walk back.”

He added, “You are free to leave buddy or you can even volunteer for an exchange for her. Some people literally have NO idea what is it like to live in a dictatorship. Keep taking your freedom for granted.”

He stated, “She’s been held hostage by one of the most brutal dictatorships in the world. And we need to do whatever we can to bring her here safe. And I’m so happy that all my NBA brother and WNBA sisters to bring awareness about what is going on. It’s just unacceptable. So we need to bring her here as soon as possible.”

When asked if the United States was doing enough to get her out, he replied, “They definitely need to do more. Because you are dealing with, like I said, one of the most brutal dictatorships in the world. I think players play a very important role in this because we need to bring more attention to it, to the cause. And we need her home safe.”

What do you make of Enes Kanter Freedom’s rebuke of LeBron James?

NEXT: Former Boston Celtics Center Enes Kanter Freedom Calls The NBA “One Of The Most Evil Radical Organization”