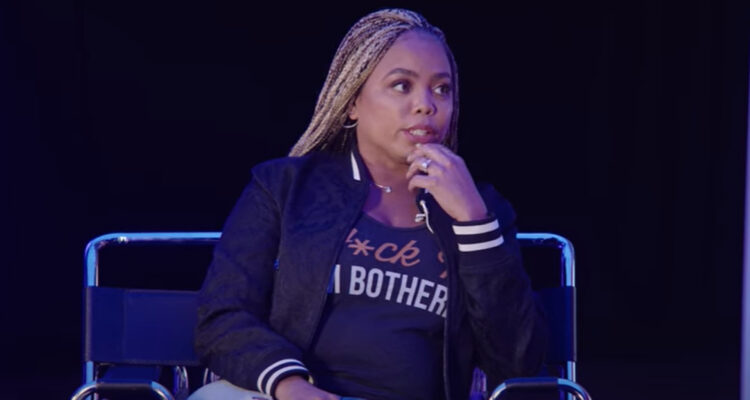 The Atlantic’s Jemele Hill attempted to attack University of Michigan’s football coach Jim Harbaugh after he attended the annual Plymouth Right to Life dinner and declared his support for the right to life.

As detailed by Detroit Catholic, Harbaugh was the keynote speaker at the annual dinner whose theme was “We Were Made to be Couregeous.”

“I believe in having the courage to let the unborn be born,” Harbaugh declared during his speech. “I love life. I believe in having a loving care and respect for life and death. My faith and my science are what drives these beliefs in me. Quoting from Jeremiah, ‘Before I formed you in the womb, I knew you. Before you were born, I set you apart. I appointed you as a prophet to the nations.’”

RELATED: University Of Michigan Coach Jim Harbaugh: “The Unborn Are Amazing Gifts From God To Make This World a Better Place”

He also discussed a current ballot initiative in the state of Michigan that will attempt to codify the right to murder unborn children in Michigan’s Constitution as well as the recent Supreme Court ruling overturning Roe v. Wade.

“Passions can make the process messy, but when combined with respect, it ultimately produces the best outcomes,” the University of Michigan coach said. “This process has been passionate and messy, but I have faith in the American people to ultimately develop the right policies and laws for all lives involved. I recognize one’s personal thinking regarding morality of a particular action may differ from their thinking on whether government should make that action illegal. There are many things one may hold to be immoral, but the government appropriately allows because of some greater good or personal or constitutional right.”

“Ultimately, I don’t believe that is the case with abortion,” Harbaugh professed. “Yes, there are conflicts between the legitimate rights of the mother and the rights of the unborn child. One resolution might involve incredible hardship for the mother, family and society. Another results in the death of an unborn person.”

It’s this part of his speech that Hill appears to have taken an issue with as she tweeted, “This might be a difficult concept for Jim Harbaugh of any anti-choice person to grasp … but if you don’t want an abortion, just don’t get one. Not that hard.”

Hill was then asked, “What about the vaccine?” She responded, “PUBLIC health issue vs PRIVATE medical issue. Were you vaccinated as a child? I’m assuming you were. That is because of the ability to infect others. Abortion is one person’s decision.”

Hill’s argument does not make any sense and is completely illogical. To illustrate that point, Twitter user Swags_McGee_96 mocked Hill writing, “‘If you don’t like slavery, just don’t own slaves. Not that hard.'”

As for Hill’s claim that Abortion is somehow a “PRIVATE medical issue,” it simply isn’t true.

The American College of Pediatricians makes it abundantly clear that life begins at conception writing, ” The predominance of human biological research confirms that human life begins at conception—fertilization.  At fertilization, the human being emerges as a whole, genetically distinct, individuated zygotic living human organism, a member of the species Homo sapiens, needing only the proper environment in order to grow and develop.”

The organization further states, “The difference between the individual in its adult stage and in its zygotic stage is one of form, not nature. This statement focuses on the scientific evidence of when an individual human life begins.”

On top of this basic idea that Hill seems to throw to the wind in her lust to kill children, the Catechism of the Catholic Church also provides clear moral instruction on this issue.

It reads, “Human life must be respected and protected absolutely from the moment of conception. From the first moment of his existence, a human being must be recognized as having the rights of a person—among which is the inviolable right of every innocent being to life.”

The Catechism further states, “The inalienable right to life of every innocent human individual is a constitutive element of civil society and its legislation: ‘The inalienable rights of the person must be recognized and respected by civil society and the political authority. These human rights depend neither on single individuals nor on parents; nor do they represent a concession made by society and the state; they belong to human nature and are inherent in the person by virtue of the creative act from which the person took his origin. Among such fundamental rights one should mention in this regard every human being’s right to life and physical integrity from the moment of conception until death.'”

It goes on, “‘The moment a positive law deprives a category of human beings of the protection which civil legislation ought to accord them, the state is denying the equality of all before the law. When the state does not place its power at the service of the rights of each citizen, and in particular of the more vulnerable, the very foundations of a state based on law are undermined….As a consequence of the respect and protection which must be ensured for the unborn child from the moment of conception, the law must provide appropriate penal sanctions for every deliberate violation of the child’s rights.'”

The Catechism then bluntly declares, “Since it must be treated from conception as a person, the embryo must be defended in its integrity, cared for, and healed, as far as possible, like any other human being.”

There is no argument to be made that can justify the murder of an innocent child.