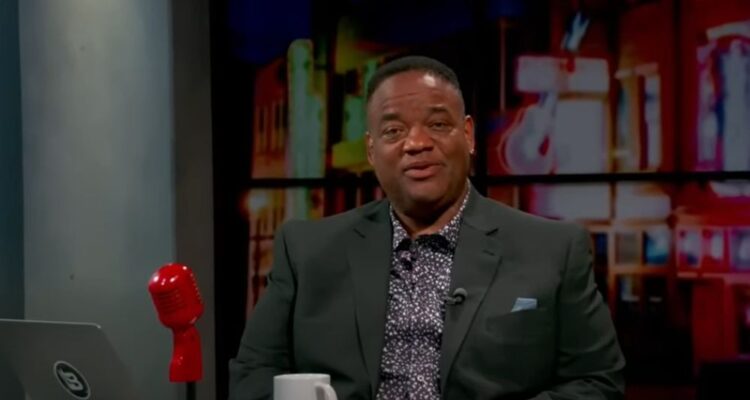 Jason Whitlock, a former ESPN and FOX Sports host and the current host of Fearless, recently appeared on Tucker Carlson Tonight where he declared the targeting of young people happening throughout society is satanic.

Whitlock was specifically asked by Carlson about transgender activist Eli Erlick, a man who claims to be a woman, and a drug trafficking scheme targeted at children to distribute hormone blockers.

The Twitter account Libs of TikTok exposed Erlick’s scheme that was publicly posted to his Instagram account. Libs of TikTok shared a screenshot of the Instagram post where Erlick wrote, “There are over 20 states trying to criminalize hormone therapy, particularly for trans youth. So, my friends and I had an idea: sending out our extra prescriptions across the country.”

“If you need hormones I’m working with a distribution network to get you access,” Erlick continued. “Everything is free, no questions asked. We have hundreds of doses of testosterone, estradiol, and spironolactone available right now. All are prescribed by doctors and unused. Each package comes with information on dosage, obtaining bloodwork, etc.”

Erlick then detailed, “I realize this is only a band-aid solution: we need full access to affirmative medical care from professionals immediately. However, missing a single dose of hormones can be devastating (especially for trans teens and those new to hormones)! These laws are outrageous and I can’t wait for them to be overturned.

“In the meantime, DM me if you need HRT or if you have overprescribed hormones you’d like to send out,” he concluded.

Libs of TikTok would share another screenshot from a comment indicating that Erlick’s drug operation is international. Erlick wrote, “Realistically, I can ship anywhere in North America.”

Libs of TikTok further uncovered that discussion of the drug trafficking on social media was being done back in September 2021 when he posted to Instagram, “Redistribute your extra hormones to people who can’t access/afford them.”

Erlick’s discussion of participating in and running a drug trafficking operation goes back to April when he tweeted, “If you live in any of the states that are banning trans health care, my trans friends and I are sending out prescribed testosterone, spironolactone, and estradiol to those who are now unable to get prescriptions. No questions asked. DM me for details.”

The operation was specifically targeting minors in Texas. Erlick tweeted in February, “we now have a full network of trans people with prescriptions for testosterone shots and testo-gel, too! We refuse to let Texas prevent trans youth from accessing care.”

He then declared, “And Tucker, I’m going to go really big picture here, and I’ve said this before. All of this, to me, is satanic. The targeting of young people and children that are very impressionable at a very early age. And now we’ve got someone trying to sell them puberty blockers or hormones that will change their identity.”

Jason Whitlock @WhitlockJason reacts to the story about a trans activist who has been distributing hormones to children: “All of this, to me, is just satanic.” pic.twitter.com/V0xKnTFvQo

RELATED: Tim Tebow Calls For An Army To Fight One Of The Greatest Evils In The World: Human Trafficking And Modern Slavery

Whitlock continued, “It all goes back to this country was founded by people who believed our rights came from God. And when I look at the left, they want to disrupt that founding principle that this is a country founded on Biblical principles. They want to disrupt all of that.”

“And what we are going through right now, Tucker, is a process called sifting and it’s in the Bible, one of the last things Jesus said to his disciples, Luke 22: 31. He tells Peter, He calls him Simon, He says he devil wants to sift you.

“The sifting process is separating us,” Whitlock explained. “It’s all these different identities that they’ve invented in our lifetime, cis-gender, non-binary, you’re a Republican, you’re a black, you’re white, you’re gay, you’re lesbian, you’re this, you’re that. We’re all being separated.

“And our founders saw us as all coming from one Creator,” he concluded. “And even for non-believers that founding worked for all of us. But as we are being separated like wheat, that’s why there’s so much divisiveness in this country.”

What do you make of Whitlock’s commentary?

NEXT: Jason Whitlock: “In This Current Culture The Worst Thing You Can Be Is A Heterosexual Christian Male”