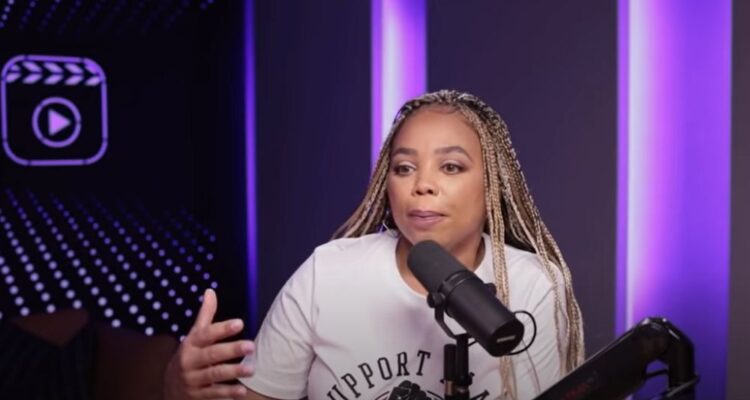 Jemele Hill, who previously worked with ESPN and now writes for The Atlantic, recently claimed that it is normal for students to be taught about sexuality by teachers in the classroom.

Hill revealed her opinion responding to political commentator and fellow writer at The Atlantic David Frum who opined, “Others disagree, but in my opinion, a DeSantis GOP nomination in 2024 represented a much better outcome for the whole country than a Trump return.”

“Maybe you don’t like DeSantis’s manner or record, but he’s a recognizably normal US politician. If defeated, he’d go peacefully,” Frum added.

Hill responded to Frum writing, “Didn’t realize it was normal to use his power to exact revenge on people who oppose his political bullying, to attack trans youth, greatly restrict teachers from teaching racism and sexuality, driving them from the profession.”

Governor Ron DeSantis and the Florida legislature passed the Parental Rights in Education bill back in March and it went into effect on July 1st.

The bill “requires district school boards to adopt procedures that comport with certain provisions of law for notifying student’s parent of specified information; requires such procedures to reinforce fundamental right of parents to make decisions regarding upbringing & control of their children; prohibits school district from adopting procedures or student support forms that prohibit school district personnel from notifying parent about specified information or that encourage student to withhold from parent such information.”

It appears that Hill actually believes it is normal for public school teachers to teach about sexuality, sexual orientation, and gender identity to students in kindergarten through third grade.

It is not normal for a public school teacher to instruct students on these topics who age between 4 and 9 years old. In fact, attempting to teach children about transgenderism and trying to normalize it is contrary to the truth.

Pope Francis declared in a meeting with Polish Bishops back in July 2016, ” In Europe, America, Latin America, Africa, and in some countries of Asia, there are genuine forms of ideological colonization taking place. And one of these – I will call it clearly by its name – is [the ideology of] “gender”.

He added, “Today children – children! – are taught in school that everyone can choose his or her sex. Why are they teaching this? Because the books are provided by the persons and institutions that give you money. These forms of ideological colonization are also supported by influential countries. And this terrible!”

His Excellency would reiterate this idea in Politics and Society: Conversations with Dominique Wolton, where he discussed marriage. The Pope stated, ” What can we think of marriage between people of the same sex? “Matrimony” is a historical word. Always, in humanity, and not just in the Church, it was a man and a woman. It’s not possible to change it just like that […] It’s not possible to change it. It is part of nature. That’s how it is. Let us call it, then, “civil unions.” Let us not play with truths.

“It’s true that behind all this we find gender ideology. In books, kids learn that it’s possible to change one’s sex. Could gender, to be a woman or to be a man, be an option and not a fact of nature? This leads to this error,” he asserted.

“Let us call things by their names. Matrimony is between a man and a woman. This is the precise term. Let us call the same-sex union a ‘civil union,'” he concluded.

Bishop Michael Burbidge of the Catholic Diocese of Arlington also points out in his A Catechesis of the Human Person and Gender Ideology that attempting to groom small children is not normal and in fact harms them.

Bishop Burbidge notes, “There is ample evidence that “gender affirmation” not only does not resolve a person’s struggles but also can in fact exacerbate them. The acceptance and/or approval of a person’s claimed transgender identity is particularly dangerous in the case of children, whose psychological development is both delicate and incomplete.”

“First and foremost, a child needs to know the truth: He or she has been created male or female, forever. Affirming a child’s distorted self-perception or supporting a child’s desire to ‘be’ someone other than the person (male or female) God created, gravely misleads and confuses the child about ‘who’ he or she is,” he explains.

What Jemele Hill is pushing is poisonous and downright evil. She should be rejected by any and all sane people.