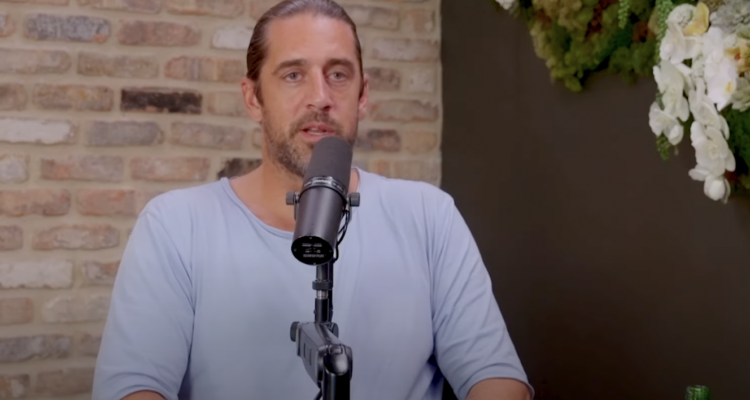 Green Bay Packers quarterback Aaron Rodgers laid it all out on the table while discussing life, love, football, and even a very life altering psychedelic experience which he claims helped him achieve his “best season” of his career.

During a recent appearance on the “Aubrey Marcus Podcast,” Rodger’s spoke about his trip to Peru several years back with then-girlfriend, former NASCAR driver Danica Patrick. During the trip, Rodgers tried a hallucinogenic plant called ayahuasca. The plant contains heavy amounts of DMT and has been used by South American shamans and healers for centuries for religious and medical purposes.

“So Danica and I planned a trip down to Peru with some friends to go do it,” Rodgers said, discussing their “incredible experience climbing Mount Machu Picchu” before starting “an ayahuasca ceremony.”

“I think there’s so many myths and rumors about it,” Rodgers noted. “The fear around it is, you’re going to s*** yourself, it’s just a big throw-up fest … but the negative framework of it is that is the experience, not the deep and meaningful and crazy mind-expanding possibilities and also deep self-love and healing that can happen on the other side.”

Rodgers claimed that the outcome he was looking for was to have a deeper meaning of the concept of love, which he achieved by the time the effects wore off.

“I had a magical experience with the sensation of feeling a hundred different hands on my body imparting a blessing of love and forgiveness for myself and gratitude for this life from what seemed to be my ancestors,” he said.

Rodgers said that thanks to that journey of self-discovery, it paved the way for him “to be way more free at work, as a leader, as a teammate, as a friend, as a lover. I really feel like that experience paved the way for me to have the best season of my career.”

“The greatest gift I can give my teammates, in my opinion, is to be able to show up and to be someone who can model unconditional love to them,” Rodgers continued. “They won’t care about what you say until they know how much you care.”

As far as his past-relationship with Patrick goes, he’s thankful she was part of his life. “We both were finding our way,” he said, “learning about different things, practicing meditation techniques.”

The 38-year-old football player and four time NFL MVP will return for his 18th season in Green Bay. Rodgers told reporters enthusiastically in June that he “definitely” wants to finish his career with the Packers, but that doesn’t look like that’ll happen anytime soon.

NEXT: Former Pittsburgh Steelers QB Ben Roethlisberger Doubles Down On And Clarifies “Coddled” Comments About Current Generation Of NFL Players