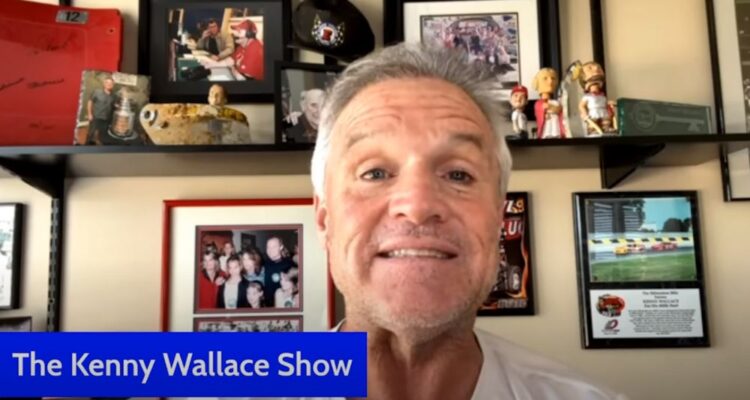 Kenny Wallace: “NASCAR Got Rid Of Everything That Was Good Because They Wanted More Seats”

Wallace further detailed, “Now, I did ask Marcus Smith, SMI (Speedway Motorsports Incorporated), I said, ‘What are you doing?’ He says, ‘Well, we’re going to all these bigger venues. We need more land because we need 200,000 seats. Because NASCAR’s so big.”

He then provided an analogy, “It’s kind of like that restaurant. You know the restaurant. They’re always sold out. You got to get on a waiting list. Remember those? And then the owner goes, ‘I’m gonna build five more’ and then the restaurant goes bad because it’s not special anymore.”

“It’s better to have a great restaurant that you need to be on a waiting list,” Wallace asserted. “Because then when there’s more of it nobody cares anymore.”

Using another analogy he explained, “It’s kind of like the nightclub you can’t get into, but that’s the one you want to get into.”

RELATED: After The Race Is Over Ryan Blaney Spins Out Daniel Suarez In Retaliation For Being Spun Out In Final Laps At Indianapolis

Later in his video, Wallace explained why he believes NASCAR should leave Indianapolis completely.

“The Kenny Wallace Show today is about one thing: Should NASCAR totally leave the Brickyard facility? Well, I think they should, but I don’t think they can.” he posited.

He then explained why, “Because Roger Penske now owns the Indianapolis Motor Speedway.”

“Roger Penske just came out and said, ‘Look, we’re planning on running the road course again in 2023.’ Roger’s the man. He’s a legend. And he’s smart and NASCAR and Roger got it going on. Those are powerhouses. So I don’t think they can leave right yet,” Wallace said.

RELATED: Ty Dillon After Getting Run Over By Kyle Larson: “Luckily The Good Lord Was Keeping An Eye Out For Me, Keeping Me Safe”

Wallace then criticized the race at the road course at Indianapolis Motor Speedway, “We just watched the Next-Gen on the road course and it was God awful. They just wrecked galore. They go down that straightaway and there’s a 90 degree corner. And it’s a**holes and elbows. And nobody can left off and we all run into each other.”

He then offered a solution, “I think that if they’re gonna run that road course again they’ve got to give them a little more room in turn 1. You’re taking these 3,400 pound cars, and you’re asking them to — after running 200 mph down the whole length of the Indianapolis straightaway you’re asking them to shut it down and make a hard right.”

As he concluded his video he again reiterated, “Number 1, I don’t think NASCAR should go back to Indy. I said it. And here’s why: the racetrack is for the Indy cars. That’s it.”

“Number 2, I think that a lot of people probably gonna call bulls**t on me because the Brickyard is the Holy Grail, but it’s Indy car Holy Grail,” he stated. “Number 3, I don’t think they can leave because Roger owns it now.”

“It is a tough show to watch now,” he further opined. “And let’s remember. Why are we on the road course? Y’all are gonna straighten me out, but I don’t think it was — was it six years ago — I don’t think there was 18,000 people at the Brickyard 400.

“But I think they are going to exhaust it with Roger Penske,” he concluded.

What do you make of Kenny Wallace’s thoughts about NASCAR getting rid of everything good in order to chase a larger audience? What about his idea to leave the Brickyard?