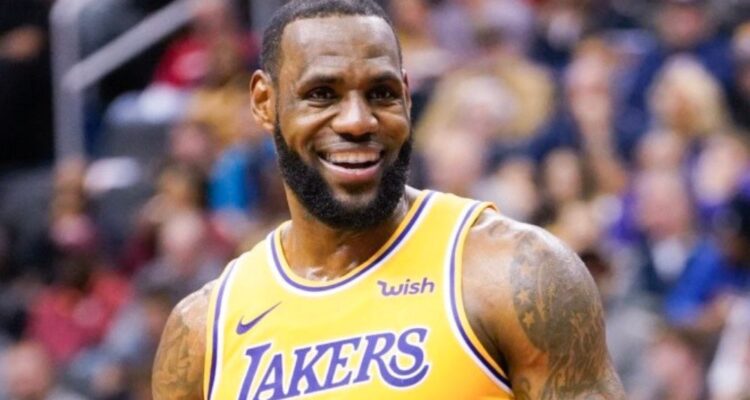 LeBron James signed a two-year extension that will keep him with the Los Angeles Lakers through the 2023-2024 season.

Perhaps more importantly this extension puts Lebron in a position to opt-out of his contract the same year that his son Bronny James is expected to enter the league. The extension is for two years and $97.1 million with a 15% trade kicker.

Per league rules, LeBron isn’t eligible for a no-trade clause because he’s signing an extension, not as an outright free agent. However, a 15% trade kicker on top of a $48.5 million/year salary makes him essentially un-tradeable.

LeBron will be with the Lakers through 2024, after that the only certainty is that wherever Lebron is he’ll be playing with his son. “My last year will be with my son. Wherever Bronny’s at, that’s where I’ll be,” LeBron told The Athletic. “I would do whatever it takes to play with my son for one year. It’s not about the money at that point.”

Bronny James is going into his senior year of high school and is ranked as one of the top 50 high school players in the country.

On3 recently reported that the University of Oregon is considered the frontrunner for signing Bronny James. The connection to Oregon makes sense considering the school’s relationship with Nike founder Phil Knight, with whom LeBron has an endorsement deal that’s worth more than $1 billion.

However, LeBron pushed back on the idea that his son had already decided where he would play in college “He hasn’t taken 1 visit yet and has only had a few calls with coaches and universities,” the elder James tweeted. “When Bronny makes his choice you’ll hear it from him.”

Wherever Bronny plays in college he’s expected to be a one-and-done player, after which he’ll join his dad in the NBA. If the two James’ do end up playing on the same team it will be the first time in NBA history that a father and son have played on the same team together.

The feat has been previously accomplished by Gordie and Mark Howe in the NHL and Ken Griffey Sr. and Ken Griffey Jr. in baseball. The fact that LeBron has positioned himself to play with his eldest son is a testament to his longevity. He’ll be 39 in 2024 and has yet to show signs of slowing down. He averaged 30.3 points per game last season up from just 25 points the previous season.

Playing with his son is not the only goal LeBron has been working towards. He also has plans to own a team one day. “I want to own a team, I want to buy a team, for sure,” James said on his talk show, “The Shop: Uninterrupted,” even stipulating where the team would be located “I want a team in Vegas.”

Having a team in Vegas would mean the NBA expanding, a move commissioner Adam Silver wouldn’t commit to. “We are not discussing that at this time,” Silver said. “As I said before, at some point, this league invariably will expand, but it’s not at this moment that we are discussing it.”

LeBron’s career has been a series of calculated decisions to set him up for his next move. “The Decision” to play in Miami with his friends Dwyane Wade and Chris Bosh. Followed by a return to Cleveland to deliver his hometown a championship. His departure to LA another step in him and his childhood friend’s plan to grow a billion dollar media empire.

LeBron’s latest extension is another calculated move to set him up to do something no NBA player has ever done, share a court with his son.

NEXT: NBA Doesn’t Schedule Any Games On Election Day, Will Engage In Political Activities The Day Prior