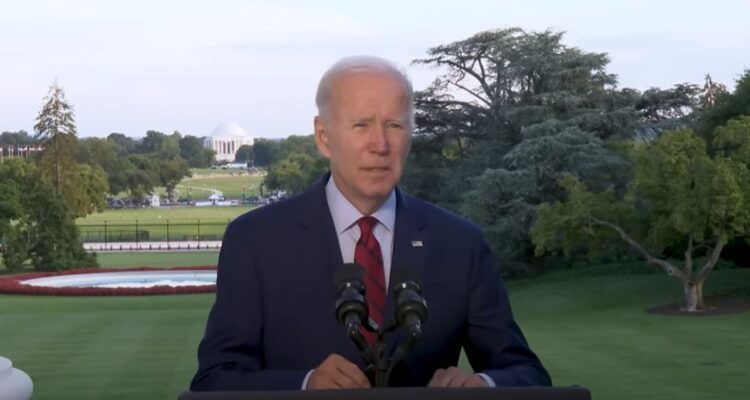 President Joe Biden reacted to the news that a Russian court sentenced WNBA player Brittney Griner to nine years in prison after being found guilty for drug smuggling and possession.

Fox News reported that “a Russian judge convicted Griner of drug possession and drug smuggling and sentenced her to 9 years in prison. She was also fined one million rubles, the equivalent of about $16,200.” She faced a 10-year prison sentence.

Griner had previously plead guilty saying, “I’d like to plead guilty, your honor. But there was no intent. I didn’t want to break the law.”

Before her sentencing Griner addressed the court saying, “I want to apologize to my teammates, my club, my fans and the city of (Yekaterinburg) for my mistake that I made and the embarrassment that I brought on them.”

President Joe Biden issued a statement following Griner’s sentence that reads, “Today, American citizen Brittney Griner received a prison sentence that is one more reminder of what the world already knew: Russia is wrongfully detaining Brittney. It’s unacceptable, and I call on Russia to release her immediately so she can be with her wife, loved ones, friends, and teammates.”

In the United States of America, drug possession is still a federal crime and illegal. Boston University notes that criminals found guilty of possessing less than 50 kg of marijuana can face up to 5 years in prison and be fined up to $250,000.

Nevertheless, Biden’s statement echoes Secretary of State Anthony Blinken’s recent comments. At the end of July he said, “In the coming days, I expect to speak with Russian Foreign Minister Lavrov for the first time since the war began. I plan to raise an issue that’s a top priority for us: the release of Americans Paul Whelan and Brittney Griner, who have been wrongfully detained and must be allowed to come home.”

He went on to reveal that he had put forth a proposal to Russia in order to obtain the release of Griner and former Marine Paul Whelan’s release.

President Donald Trump is not a fan of the proposed deal. He appeared on The Clay Travis and Buck Sexton Show where he said, “She knew you don’t go in there loaded up with drugs and she admitted. I assume she admitted it without too much force because it is what it is,” President Trump elaborated.

He then declared, “And it certainly doesn’t seem like a very good trade does it. He’s an absolute, one of the worst in the world, and he’s going to be given his freedom because a potentially spoiled person goes into Russia loaded up with drugs.”

What do you make of President Biden’s statement?