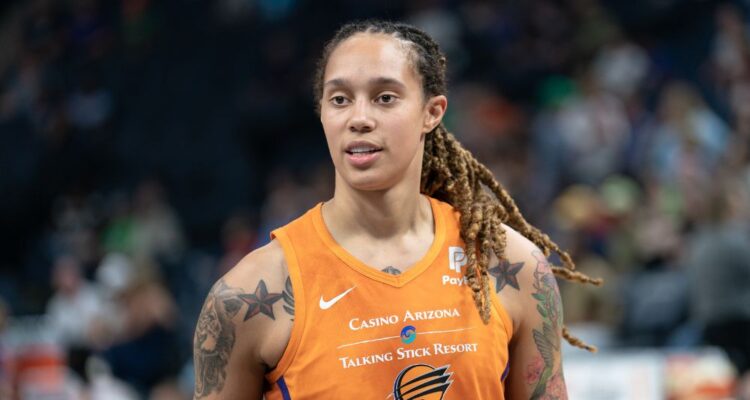 The New York Times reports, “The Biden administration has offered to free the imprisoned Russian arms dealer Viktor Bout to secure the release of Brittney Griner and Paul N. Whelan, two Americans imprisoned in Russia who the State Department says were wrongfully detained, according to a person familiar with the negotiations.”

CNN also reports, “After months of internal debate, the Biden administration has offered to exchange Viktor Bout, a convicted Russian arms trafficker serving a 25-year US prison sentence, as part of a potential deal to secure the release of two Americans held by Russia, Brittney Griner and Paul Whelan, according to people briefed on the matter.”

In remarks to the press, Secretary of State Anthony J. Blinken confirmed he offered Russia “a substantial proposal” in order to obtain Whelan and Griner’s release.

“We put a substantial proposal on the table weeks ago to facilitate their release,” he added. “Our governments have communicated repeatedly and directly on that proposal. And I’ll use the conversation to follow up personally and, I hope, move us toward a resolution.”

While Blinken confirmed the United States put a proposal on the table, John Kirby, the National Security Council’s coordinator for strategic communications, provided some more details.

He addressed the public saying, “Now, months ago President Biden directed his national security team to pursue every avenue to bring Brittney home safely to her family, her friends, her loved ones, her teammates.”

“The US government continues to work aggressively pursuing every avenue to make that happen. Now, as part of those efforts, we made a substantial offer to secure the release of Paul Whelan and Brittney Griner to bring them home just as Secretary Blinken mentioned earlier.”

Later in his address, Kirby said, “In order to decrease the chances for success we’re obviously not going to be able to share more publicly about the deal. I’m sure you all have questions about what this looks like and I’m sure you can all understand that it’s not going to help us get them home if we’re negotiating in public with y’all. So I’m not going to have any more detail on that.”

“But I will say that the President and his team are willing to take extraordinary steps to bring our people home as we demonstrated with Trevor Reed. And that’s what we’re doing right here. It’s actively happening now,” he claimed.

The BBC reports that Kremlin spokesman Dmitry Peskov was surprised by the reports about the possible prisoner exchange saying he would not provide a comment until “after an agreement has been carried out.”

Griner was detained in Russia back in February on drug possession charges. She plead guilty telling a Russian court, “I’d like to plead guilty, your honor. But there was no intent. I didn’t want to break the law.”

The Phoenix Mercury player also claims she doesn’t know how she came into possession of the drugs saying, “I still don’t understand to this day how [the drugs] ended up in my bags.”

She added, “With them being accidentally in my bags, I take responsibility, but I did not intend to smuggle or plan to smuggle anything into Russia.”

As for Paul Whelan, he’s a former Marine who was detained at a Moscow hotel in December 2018 and charged with espionage, which he denies. He told CNN in April, “Why was I left behind? While I am pleased Trevor is home with his family, I have been held on a fictitious charge of espionage for 40 months.”

He added, “The world knows this charge was fabricated. Why hasn’t more been done to secure my release?”

Whelan was convicted of the espionage charges in June 2020 and sentenced to 16 years in prison.

Viktor Bout was arrested in 2008 in Thailand on terrorism charges and was later extradited to the United States in 2010 where he faced charges of attempting to smuggle arms to the Revolutionary Armed Forces of Colombia to be used against U.S. forces in Colombia.

Bout denied the charges. He was convicted in 2011 and sentenced to 25 years. He’s serving his sentence at the United States Penitentiary, Marion.

Bout is reportedly the inspiration for the Nicolas cage starring film Lord of War.

What do you make of the United States reportedly offering to trade Bout for Whelan and Griner?