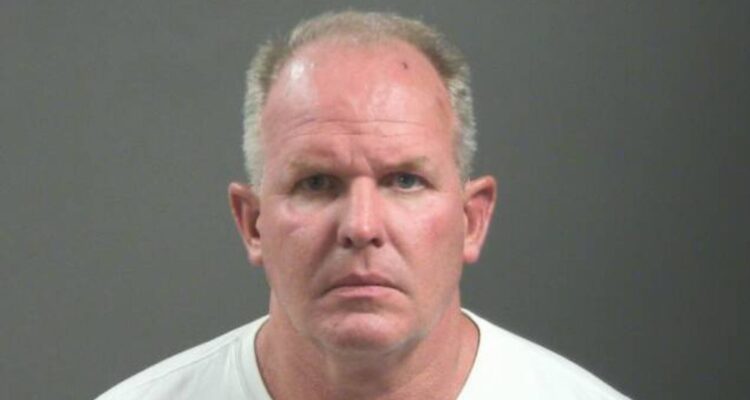 The COO for the imposter-meat company Beyond Meat has been arrested in Arkansas after allegedly biting a man’s nose during a fight which broke outside of Razorback Stadium.

According to a report from KNWA-TV who was first to break the story, Beyond Meat’s Doug Ramsey, 53, got out of his vehicle in the parking lot of the stadium and began punching the back windshield of another vehicle while the vehicle was still in motion. The altercation began when the other vehicle lightly pushed the front passenger side tire according to a police report from the incident.

The KNWA-TV report states that police officers were called to the parking lot where the responding officers found “two males with bloody faces.” Witnesses stated that Ramsey was “allegedly in the traffic lane of the [parking] structure, attempting to leave, when a Subaru ‘inched his way’ in front of Ramsey’s Bronco,” where it made contact with the front passenger side tire. At that point, things escalated into violence.

The unnamed Subaru owner said that after Ramsey began punching his vehicle, he got out and Ramsey “pulled him in close and started punching his body.” The report also clearly points out that Ramsey “bit the owner’s nose, ripping the flesh on the tip of the nose.”

Even more disturbing, the victim of the violent attack and the other witness both claim Ramsey verbally stated he wanted to “kill” the driver.

RELATED: Officer Drags Man Onto Ground Who Was Attempting To Sneak Into The Corral Of The Texas Longhorns’ Mascot

Ramsey was taken in and charged with “terroristic threatening and third-degree battery.”

Multiple media outlets including CNBC reached out to Beyond Meat’s corporate offices for comments, but did not respond.

Have you noticed the disturbing trend of fights and violence among fans and athletes occurring at sporting events throughout the nation this year? Let us know your thoughts in the comments below.