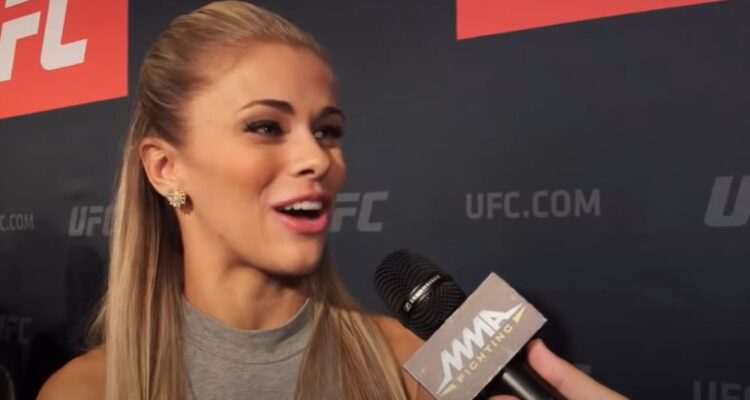 VanZant posted a video to Instagram announcing her move to Only Fans.

She first described herself, “I’m a professional fighter for BKFC (Bareknuckle Fighting Championship) and this is my Only Fans. You will get access to exclusive content, training videos, and so much more. Welcome to my Only Fans.”

VanZant launched a Fan Time site, PaigeFanZant.com that is comparable to OnlyFans. She explained her decision to MMA Fighting back in June 2021, “There was always this back and forth. There’s two sides of it. I didn’t want to put myself in a position where I would lose business opportunities based on having an exclusive content site, but I feel like I’m already seen as a sex symbol in the sports world. I might as well have the monetization behind it.”

“I wanted to do it on my own terms. So I actually joined Fan Time, it’s a separate company. I’m not with OnlyFans. It’s PaigeFanZant.com and it’s my own website and I have a lot of control over what goes on there. It’s basically me doing exclusive things. I’m proud to say I’m part of it,” she continued.

VanZant added, “I work hard for my body. I work hard for who I am, and there’s a side of me that’s extremely girly and feminine, and I get to share that on my fan site. Now I think it’s becoming a lot more acceptable.”

She also spoke to MMA Fighting in March of this year where she talked about why she decided to make more risqué content.

Host Ariel Helwani asked VanZant, “Some of the social media stuff, dare I say a little risqué. Is risqué fair to say? I mean is that a fair term?”

VanZant replied, “Am I risqué? I didn’t think so. No, that’s definitely a term. Risqué.”

She was then asked when and why she made the switch to the more risqué content to which she replied, “It wasn’t really a decision. I think people see me — you know when I started in the UFC I was 19 years-old. So I went from being a teenager to being a woman. And things change in your life, you mature, you grow up, you realize the things that sets you apart.”

“I think for me it came to a point I was trying to just be on my best behavior for as long as possible,” she recounted. “Now I feel like I’m in a position — like before I was in the UFC I refused to get any tattoos. I wouldn’t do anything where I felt like I was going to take myself away from getting endorsement deals, sponsorships.

She recalled, “I wanted to make sure I was as accepted by every single venture. I wouldn’t have a single endorsement deal that would turn me down for any particular reason. I was going to fit every category for absolutely everybody.”

She then explained, “And it go to a point where I built my name up so much, now I am who I am and it’s not that I’m just going to be another sponsored fighter or another person you endorse. I’m Paige VanZant. Now, I can do whatever the f*** I want, honestly.”

“Now, I do not care. I get my tattoos, I get this, I get that, I get to just be myself,” she asserted. “And I think that came from years and years of dedication and keeping my mouth shut and just becoming — be trying to be the best face possible for other people. And now I don’t really have to do that. People hire me for me.”

She went on to credit her husband, Austin Vanderford, for pushing her to post more risqué content, “The support from my husband and the support for that he gives me, I never second guess absolutely anything. And I think he pushes me to be more confident so there’s times where I’ll fall back into that mindset of worrying about what people think about me or just being judgmental or like, ‘Yeah should I post this? I don’t know. It’s kind of like risqué? I’m not sure if I really want to post that side of me.’

While VanZant claims prostituting herself on her social media and now clearly on Only Fans makes her happier, it’s a false happiness because she’s doing grave injury to her dignity as a person.

The Catechism of the Catholic Church teaches, “Prostitution does injury to the dignity of the person who engages in it, reducing the person to an instrument of sexual pleasure. The one who pays sins gravely against himself: he violates the chastity to which his Baptism pledged him and defiles his body, the temple of the Holy Spirit.”

It also appears she might be engaging in pornography which “consists in removing real or simulated sexual acts from the intimacy of the partners, in order to display them deliberately to third parties. It offends against chastity because it perverts the conjugal act, the intimate giving of spouses to each other.”

“It does grave injury to the dignity of its participants (actors, vendors, the public), since each one becomes an object of base pleasure and illicit profit for others. It immerses all who are involved in the illusion of a fantasy world. It is a grave offense,” The Catechism declares.

What do you make of VanZant starting an OnlyFans?

NEXT: Former Strikeforce Champion Jake Shields Says “Parents Suing Alex Jones Are Just Opportunists Trying To Get Rich Off Their Own Kids Deaths”