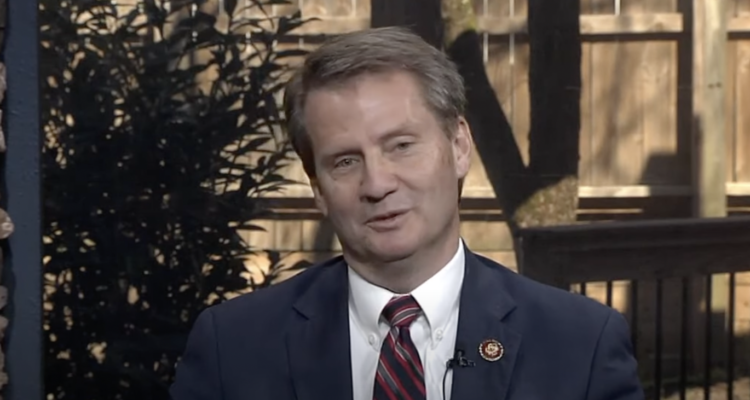 During a meeting with a number of Congressional representatives put on by Greg Norman and LIV Golf, which was meant to provide a clearer picture of LIV’s recent successes and goals, Republican Congressman Tim Burchett walked out mid-meeting and said he didn’t want to spend anymore time listening to “propaganda.”

The visit was meant to answer questions and dispel rumors regarding LIV Golf as part of a public relations effort to gain some support from US lawmakers on the Hill.

However, the tour’s ties to Saudi Arabia and recent luring of top-tier players away from the PGA Tour has created a massive schism in the golf community which recently resulted in an antitrust case LIV has filed against the PGA Tour.

During the meeting, Rep. Tim Burchett of Tennessee reportedly walked right out of the presentation that was given by Norman to members of the Republican Study Committee, and called the whole thing Saudi “propaganda.”

Desiderio added, “He said RSC shouldn’t be spending its time on ‘billionaire oil guys’ and the Saudis.”

Burchett responded to Desiderio’s tweet, saying, “Weren’t Saudis flying some of those planes on 9-11 and what about their killing of Washington Post columnist Jamal Kashoggi?”

Burchett would also tell ESPN, “It’s propaganda. I don’t want to hear about that. It’s not Congress’ business to settle a fight between a bunch of billionaires over a game of golf. They need to take it to the courts.”

“Congress made a big mistake by getting involved in Major League Baseball. Here we are dealing with a [league] being funded by some Saudis. I just thought our priorities were out of whack,” he added.

Burchett isn’t the only Republican who was in attendance who is also not a LIV supporter.

Rep. Chip Roy (R-Texas) has openly called for the DOJ to investigate Norman for potentially violating the Foreign Agents Registration Act, alleging that in Norman’s current role he is acting as an agent of the Saudi Arabian government.

“Don’t come here and act like you’re doing some great work,” said Roy regarding the meeting. “While you’re brokering billions of dollars in Saudi Arabia and the Kingdom of Saudi Arabia in the United States”

Roy also told ESPN, “I respect Greg and his [right] to go out and do whatever he wants to do, but it’s not as simple as he tries to make it out to be.”

Roy elaborated, “He says they just want competition, and it’s like there are hummingbirds and butterflies flying around everywhere. The big, bad PGA Tour and its monopoly are preventing them from having their awesome little competition. It’s much, much more complex than that.”

“Former President Trump, who by the way is financially interested in LIV, has said this is a billion dollars of publicity for the kingdom of Saudi Arabia. They’re just kind of dismissing it,” he said.

“He’s always wanted to have a rival operation to take on the tour, and he’s been unable to do it until he got a billion-dollar sugar daddy known as the kingdom of Saudi Arabia,” declared Roy.

What are your thoughts on LIV Golf and their efforts to establish themselves as a dominant force in the world of golfing? Let us know in the comments below.

NEXT: Charles Barkley Comes Out In Full Force Against Critics Of Saudi-Backed LIV Golf, Compares Civil Rights In The US To Saudi Arabia