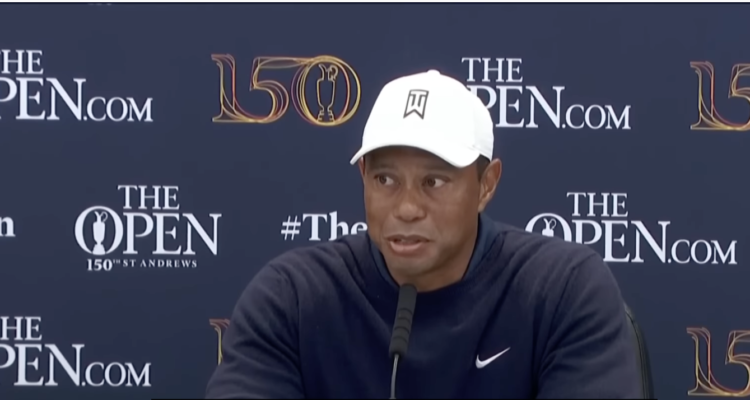 The first major shot in the “Golf War” has been fired as golfing legends Tiger Woods and Rory McIlroy were issued subpoenas demanding they reveal what was specifically discussed during the recent PGA Tour players meeting, bringing the tensions between the PGA and LIV to an all time high and continuing to split loyalties in the golf community as a result.

Judicial Watch founder and former federal prosecutor Larry Klayman, the attorney representing LIV in their case against the PGA Tour, asserted in a press release that the PGA has acted in a way which can only be described as “anti-competitive” as the result of conversations that occurred during the August 17 meeting that Woods and McIlroy are being summoned to speak on.

“It is believed that discussions occurred which are alleged … to be anti-competitive and violative of the antitrust laws vis a vis the LIV Golf Tour and its players,” said Klayman.

RELATED: Charles Barkley Comes Out In Full Force Against Critics Of Saudi-Backed LIV Golf, Compares Civil Rights In The US To Saudi Arabia

According to a report from Yahoo News who first obtained the release, the PGA announced following the meeting “a $100 million raft of new proposals for the PGA Tour, which includes four new ‘elevated events’ with prize money of at least $20m, a $50m boost to player bonuses and a $500,000 minimum yearly return for golfers who compete in at least 15 tournaments.”

“This is not a personal ‘thing’ against Woods, McIlroy and Monahan,” Klayman added. “It’s about getting information about what occurred at the players’ meeting and general with regard to allegations in our complaint that the PGA Tour, the DP World Tour and their commissioners Jay Monahan and Keith Pelley, are allegedly colluding in restraint of trade and the antitrust laws to harm the LIV Golf Tour and its players.”

Klayman’s statement also states that the announcements of more money for players who stay loyal to the PGA is a desperate attempt to “emulate LIV Golf, while continuing to allegedly harm LIV and its players by, among other alleged anticompetitive acts, working to deny them world ranking points to compete in major tournaments such as the Masters, US Open, British Open, and PGA Championship.”

To add a little insult to the mix, Klayman also referred to the new system the PGA has announced as “LIV Light” in comparison.

In an almost comedic connection, just a few days prior to all of this, CEO and commissioner of LIV, Greg Norman, posted a meme to his official Instagram page after the PGA announcements were made mocking Jay Monahan for “copying” the system in which the LIV guarantees players money.

According to the notice of deposition, Woods will be expected to speak on September 21st, McIlroy on the 22nd, and Monahan on the 27th in Jupiter, Florida.

What is your take on the ongoing feud between the LIV and PGA?

NEXT: Donald Trump Urges Golf Players To Join LIV Ahead Of Potential PGA Merger: “If You Don’t Take The Money Now, You Will Get Nothing”