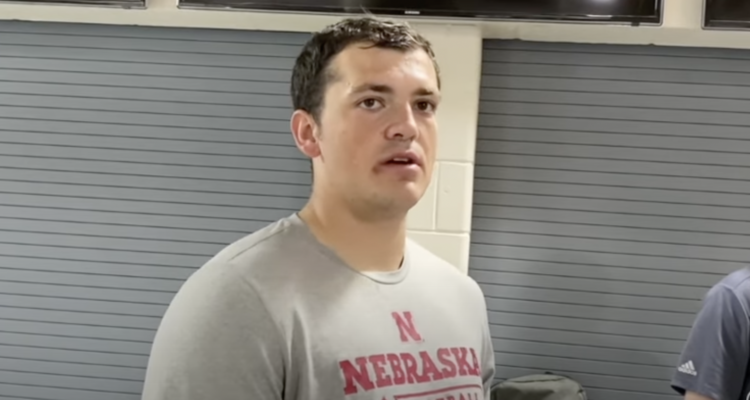 Brian Buschini, the punter for the University of Nebraska’s football team, was pressured by online bullies into removing a tweet showing support for the new Prime Minister of Italy Giorgia Meloni. Not only did he delete the tweet, he issued an apology for what he stated was a lack of understanding.

The punter retweeted a clip from a viral video featuring a speech from Giorgia Meloni, the newly elected leader of Italy, from 2019. Meloni ran her recent campaign on a platform of economic nationalism, strong borders, and pro-family policies.

“All Glory to God! Love this!” Said Buschini. It was almost immediately after sending the tweet that numerous accounts began to accuse him of being a Nazi and other derogatory terms.

“Brian Buschini worshipping fascists is the most loser thing since he was attacking Antifa for protesting White Supremacists,” said one Twitter user. “Brian is an American Nazi loser.”

After being falsely attacked, Buschini issued an apology.

“I want to take the time to apologize for a tweet I posted yesterday,” said Buschini. “I saw a headline from a speech the new Prime Minister of Italy made that seemed to support Christianity and family values. I unfortunately tweeted about this without knowing the background or history of this politician or the movement she is involved with.”

“In no way do I support [fascism] or racism in any form. I apologize for posting without understanding the reality of what I was posting about.”

RELATED: Dana White Unconcerned About Being Attacked Regarding His Support For President Donald Trump: “I’m In The Abuse Business, We Take Abuse Everyday”

Apologizing did everything but make the situation disappear, since now was he not only still being criticized by liberals for the original tweet, but now he has also been criticized by conservatives who felt his apology was a sign of weakness.

“Such a beta move man,” Twitter user RichDawg38 replied. “You NEVER apologize to the woke mob. Never ever.”

“No need to apologize,” another user commented.

“Delete this,” asserted user Jeremy Talcott. “The people demanding apologies don’t deserve them or actually care about them, and this only gives them power over you because you have admitted fault.”

It isn’t hard to understand why online liberals and major publications such as The New York Times hate Meloni so much.

“Why is the family an enemy? Why is the family so frightening?” Meloni said in the viral speech which Buschini shared. “There is a single answer to all these questions. Because it defines us. Because it is our destiny. Because everything that defines us is now an enemy for those who would like us to no longer have an identity and to simply be perfect consumer slaves.”

The new Prime Minister of Italy.

“I can’t define myself as Italian, Christian, woman, mother. No. I must be Citizen X, Gender X, Parent 1, Parent 2. I must be a number. Because when I am only a number, when I no longer have an identity or roots, then I will be the perfect slave at the mercy of financial speculators. The perfect consumer.”

What do you think? Should Buschini have apologized or stood his ground? Let us know in the comments below.