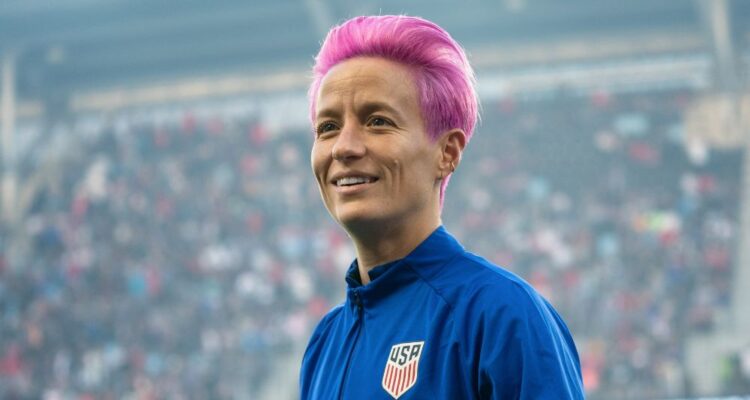 During a recent press conference, Mulkey, who previously coached Griner at the University of Baylor, was asked to provide her thoughts on the Brittney Griner situation. She bluntly declined to comment saying, “And you won’t.”

Kim Mulkey declined to comment on Brittney Griner’s situation when asked about it Monday.

Reacting to an Instagram post from Just Women’s Sports showing Mulkey’s refusal to provide a comment, Rapinoe wrote, “This is honestly just cruel and evil and even more honestly….ITS SHOWING SIS. That hate is seeping out #weareBG”

RELATED: Brittney Griner’s College Basketball Coach Kim Mulkey Accused Of Being A Bigot For Not Commenting On Griner’s Prison Sentence

Ironically, Rapinoe is accusing Mulkey of hate because she’s not commenting on a situation. Meanwhile, Rapinoe’s accusations calling her silence cruel and evil is the definition of hate.

Mulkey’s silence is not cruel or evil. It’s not hate either. It’s simply silence.

As for who is really at fault, the finger is easily pointed at Griner, who broke Russian laws and admitted to it.

According to CBS News, Griner was arrested back in February “at a Moscow airport after a search of her luggage revealed vape cartridges.”

Griner plead guilty to drug smuggling and possession charges in July telling a Russian court, “I’d like to plead guilty, your honor. But there was no intent. I didn’t want to break the law.”

She would then be found guilty at the beginning of August with the court sentencing her to 9 years in prison and fined her one million rubles or the equivalent of $16,200.

Before being sentenced, Griner also stated, “I want to apologize to my teammates, my club, my fans and the city of (Yekaterinburg) for my mistake that I made and the embarrassment that I brought on them.”

Despite Griner admitting guilt, the United States government let by President Joe Biden and his administration has claimed Griner is being wrongfully detained.

Following Griner’s sentencing, Biden issued a statement saying, “Today, American citizen Brittney Griner received a prison sentence that is one more reminder of what the world already knew: Russia is wrongfully detaining Brittney. It’s unacceptable, and I call on Russia to release her immediately so she can be with her wife, loved ones, friends, and teammates.”

Secretary of State Anthony Blinken also said at the end of July, “In the coming days, I expect to speak with Russian Foreign Minister Lavrov for the first time since the war began. I plan to raise an issue that’s a top priority for us: the release of Americans Paul Whelan and Brittney Griner, who have been wrongfully detained and must be allowed to come home.”

What do you make of Megan Rapinoe’s attack on Kim Mulkey for not commenting on Brittney Griner?