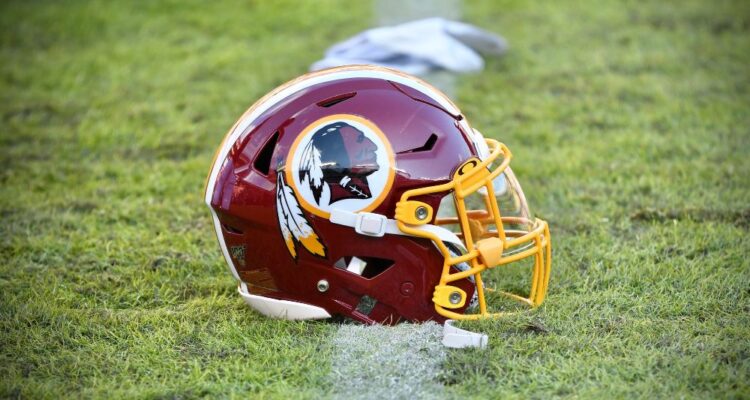 President of FLAG, the Foundation for Liberty and American Greatness, Nick Adams recently declared he plans to put together an ownership group to purchase the Washington Commanders and change the team’s name back to Redskins.

Adams wrote on Twitter, “I am putting together an ownership group to purchase the Washington Commanders and change their name BACK to the Washington Redskins. Updates soon to follow.”

It’s unclear if Adams is joking or being serious. However, when questioned on whether or not he was serious, he replied, “I would never joke about something like this.”

Adams wasn’t the only one on to show interest in purchasing the team. Former Redskins quarterback and current analyst for ESPN Robert Griffin III also indicated he was looking to purchase the team.

Griffin wrote on Twitter, “Who wants to be a Minority owner of the Washington Commanders? I’m down to pay for a stake in the team and bring 10 fans along for the ride.”

He added, “10 fans don’t have pay anything. #AllinForTheManders”

Former St. Louis Rams and Arizona Cardinals quarterback Kurt Warner indicated he’d like to be one of the fans.

Adams and Griffin’s interest in purchasing the team came after the organization announced they hired Bank of America Securities to consider a purchase.

A press release states, “Dan and Tanya Snyder and the Washington Commanders announced today that they have hired BofA Securities to consider potential transactions.”

“They Snyders remain committed to the team, all of its employees and its countless fans to putting the best product on the field and continuing the work to set the gold standard for workplaces in the NFL.”

Griffin initially reacted to the news writing, “Washington Fans will throw a parade if they sell the team.”

The announcement that they are open to selling the team reportedly comes amid a federal investigation into the team by the U.S. attorney’s office in the Eastern District of Virginia.

ESPN’s Don Van Natta Jr. claimed, “Sources said that prosecutors are focused on several areas and that the inquiry was triggered by a letter the House Committee on Oversight and Reform sent to the Federal Trade Commission and several attorneys general in April that alleged deceptive business practices.”

Attorney John Brownlee of Holland & Knight denied the report in a statement that reads, “It is not surprising that ESPN is publishing more falsehoods based solely on anonymous sources — given today’s announcement.”

“We are confident that, after these agencies have had a chance to review the documents and complete their work, they will come to the same conclusion as the team’s internal review — that these allegations are simply untrue,” the statement added.

What do you make of Adams’ plan to purchase the team and change its name back to Redskins?

NEXT: Troy Aikman Bends The Knee, Says His “Take The Dresses Off” Remark During Raiders vs Chiefs Game Was “Dumb”